Smollett's character off 'Empire' for end of season 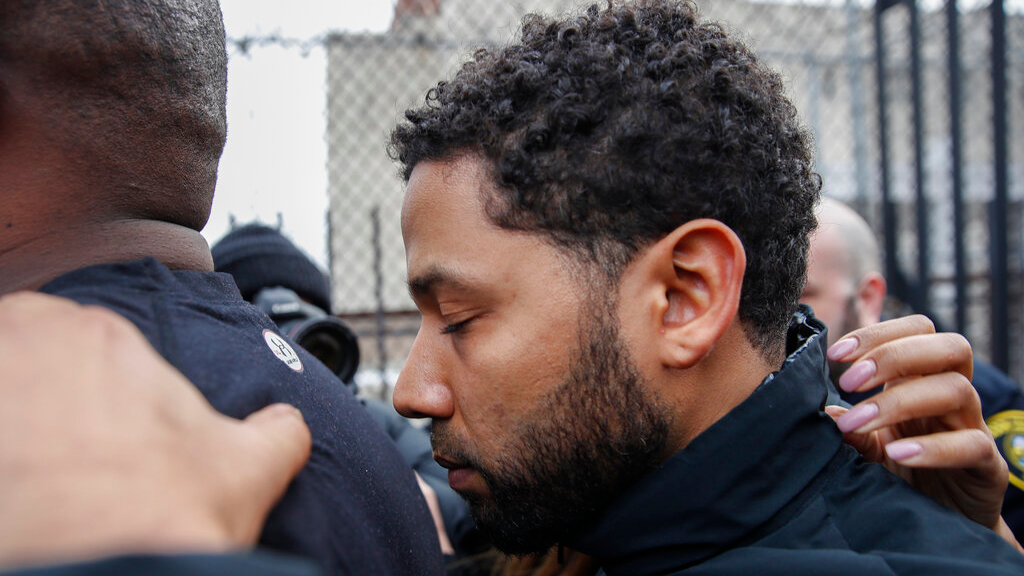 "Empire" actor Jussie Smollett leaves Cook County jail following his release, Thursday, Feb. 21, 2019, in Chicago. Smollett was charged with disorderly conduct and filling a false police report when he said he was attacked in downtown Chicago by two men who hurled racist and anti-gay slurs and looped a rope around his neck, a police said. (AP Photo/Kamil Krzaczynski)

The producers of the TV show "Empire" said Friday that Jussie Smollett's character will be removed from the final two episodes of this season "to avoid further disruption on set" after Smollett was accused of faking a racist, anti-gay attack on himself in Chicago.

"While these allegations are very disturbing, we are placing our trust in the legal system as the process plays out. We are also aware of the effects of this process on the cast and crew members who work on our show and to avoid further disruption on set, we have decided to remove the role of 'Jamal' from the final two episodes of the season," ''Empire" executive producers Lee Daniels, Danny Strong, Brett Mahoney, Brian Grazer, Sanaa Hamri, Francie Calfo and Dennis Hammer said in a written statement.

"Empire" is filmed in Chicago.

Prosecutors charged Smollett late Wednesday with felony disorderly conduct — the charge that is used for filing a false police report. He turned himself in to police Thursday and was jailed until an afternoon court appearance.

Prosecutors say Smollett gave detailed instructions to the accomplices who helped him stage the attack in January, including telling them specific slurs to yell, urging them to shout "MAGA country" and even pointing out a surveillance camera that he thought would record the beating.