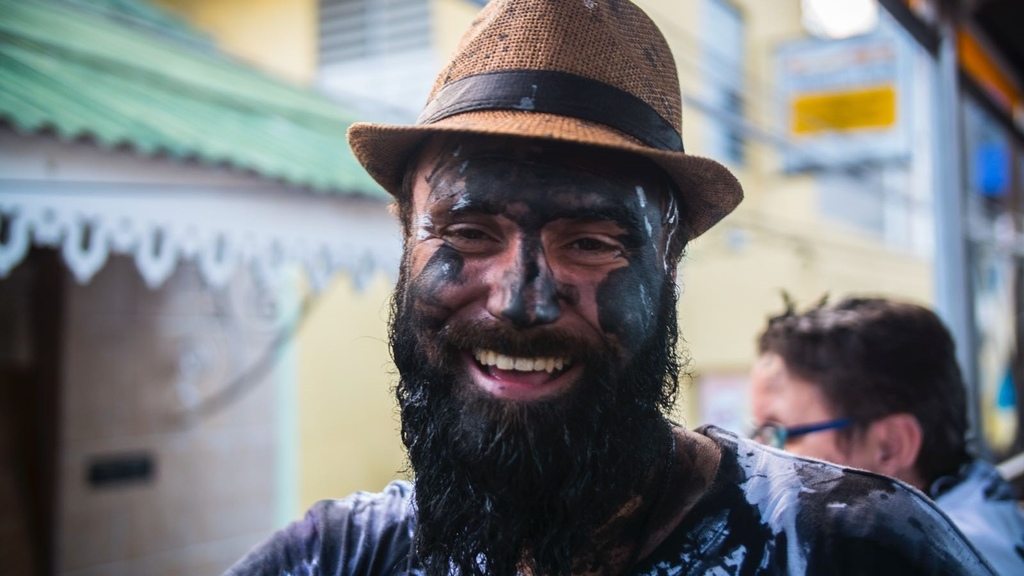 Belgian DJ Nicolai Possemiers aka DJ Rakka, is one of the men behind the Soaked in Soca website.

A platform to educate Europeans about soca and to push the genre has been created by a group of friends.

Belgian DJ Nicolai Possemiers, Trinidadian Darryl Rodulfo aka DJ D-One and Raggamuffin Whiteman are the men behind the Soaked in Soca website.

“The aim is to promote soca in all its ways.  I sold my house to invest money into the project, we are going to do a lot of projects with schools, with dancing, workouts, cooking…I want it to become a platform for Belgium and Europe where they can go to the website and get accurate information and decent insight into the Soca world,” explained Nicolai.

“For a European, it is extremely hard to get correct structured information on Soca culture. I didn’t know for months what it meant to be playing mas. That is the logic we are following to deliver the platform. I am sick of seeing on each and every forum and video on Soca, girls in bikinis wining. I hope I can give more background."

Nicolai was in Trinidad for the recent Carnival celebrations.

While here, he interviewed legends like Wendel Manwarren, David Rudder, Robin Foster, Ronnie Mcintosh, Bunji Garlin, Voice, Martin 'Mice'Raymond, Leston Paul, Olatunji and much more for a documentary he is also working on about Soca.  He credited Keshav Chandradath Singh and Manwarren for their help to lead him in the right direction.

Also known as the Energy Bomb, Nicolai has dedicated his career to pushing Soca throughout Europe, particularly in Belgium where he is the promoter of a series of Soca events called Soaked in Soca together with his business partners.

The 33-year-old was introduced to Soca by way of 90s dancehall music which he fell in love with when he started Deejaying about 17 years ago.

The first Soca song he heard was Rupee’s 2004 hit “Tempted to Touch” which reached number 44 on the UK Singles Chart.

Captivated by the sound, he did his research which led him to Trinidad and Tobago, the Carnival mecca.

“I grew up in Spain till the age of 12 and the similarities of dancing in Spain and Trinidad are the same, you wine more and move your hips. It is just natural,” he said of his instant affinity for the genre.

Nicolai said he started incorporating soca into his sets despite being warned against it as no one knew the music in his neck of the woods.

A resident DJ at Tomorrowland, one of the biggest EDM events in Europe, Nicolai fuses soca into his sets as a way of introducing the sound to his audiences.  But he does not just play the music. Nicolai believes in framing the sound in a context that will make it more palatable to his listeners.

So when he puts on a Soca song, he leaves his turntables and jumps into the crowd to show them how to wine and move to the music.

“It’s like speech and how you bring it in will determine how it’s received. I use my time to teach a little bit too,” he said.

Nicolai visited Trinidad for the first time in 2017 to experience Carnival and was blown away.

“It was amazing, mad, sick. I came back with a better feeling than I ever thought I would have,” he said, revealing that he started filming a documentary during Carnival using his background as a philosopher and as a performer.

He said while Carnival Tuesday is the aspect of Carnival most advertised to the world, he prefers J’ouvert from a social and cultural view. This year he experienced J'Ouvert at its purest thanks to 3canal.

He also prefers authentic Soca that is not watered down with other sounds.

“I see Soca trying to be EDM, I personally don’t like it, it’s not my cup of tea. Soca has love, energy, togetherness. I don’t think EDM is the genre that can support that message,” he said.

Nicolai has been working with artistes and producers from the Caribbean to remix popular songs to introduce them to Europe. Among the artistes he has worked with is St Lucia’s Teddyson John on his song  “Allez”.

“I don’t want to change Soca but I want to make it comprehensible to people here,” he said.

He also wants to organise collaborations with urban artistes in Belgium and Soca artistes to help push the music until it becomes a mainstay on radio and parties.

As the market opens up to artistes, Nicolai started a booking agency to help soca artistes looking to make it in Europe. He sees the agency as a necessity to protect them when it comes to proper payment and issues of insurance.

“With that platform, I want to promote artistes over here and give them a working system that we can present them to promoters so they can get a decent pay,” he said.