Soca on the Seas expands to three cruises in 2018 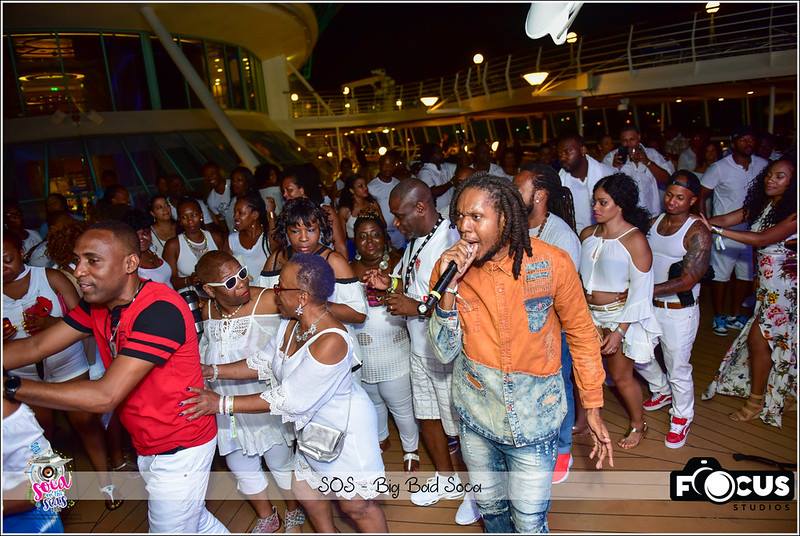 Since its launch in 2016, Soca On The Seas has grown to encompass multiple cruise experiences.

The concept, founded by Trinidadian Juliana Fermin, owner of HJ Travels based in Houston, Texas, has now grown from its original cruise from Miami to The Bahamas to include a European cruise and a Chutney cruise.

This, as Fermin, an avid lover, and supporter of Caribbean culture, continues her mission to spread our culture to new audiences.

“Music in my blood since I born,” said Fermin who was raised in the band room with her father who was the leader of a music band in Arima. “This is my way of contributing by having these cruises and taking our culture to the world.”

Fermin has partnered with Royal Caribbean to stage the Soca on the Seas experiences and based on the popularity of the initial event, which has grown from three days to five days, the cruise line has welcomed the new initiatives.

The European cruise will take place aboard the spanking new Symphony of the Seas which will spend its first few months sailing the Mediterranean before being dispatched to the Caribbean.

The European cruise will take passengers to Spain, France, and Italy over the Mother’s Day weekend in May. This Soca On The Seas edition will be called the Unity Edition and will showcase soca and dancehall music with artistes such as Nailah Blackman, Turner, Preedy, Shurwayne Winchester, Ricky T and Charly Black.

In October, the flagship Soca On The Seas cruise will keep the party going from Miami’s Carnival onto the Mariner of the Seas ship which will undergo a US$90 million overhaul in Spring to include a new Italian restaurant by Chef Jamie Oliver.

This year, Soca On The Seas will be themed the “Afro Soca” cruise with performances from some our Trinidad and Tobago’s top soca artistes as well as big names from the African continent.  The cruise will sail to The Bahamas, where a SOS Raw J’ouvert will be held on the picturesque private island CocoCay. There will be performances also from soca artistes around the Caribbean including Barbados, Grenada and St Vincent.

In November, the spotlight will be thrown on the region’s top chutney artistes with the inaugural chutney cruise aboard the new Symphony of the Seas the weekend after Divali. The Chutney cruise will sail from Miami to Cozumel, Mexico.

Catering to an audience looking for a good party and also appreciative of the cultural eco-system fuelling the parties, Soca on the Seas is not just about the music but aims to showcase Caribbean talent from fashion to comedy which is included on all cruises.

Being part of the Royal Caribbean family also allows Soca On The Seas to market our culture to the diverse audiences that share the ships and always end up enjoying the fare that Soca on the Seas has to offer.

For more information on Soca On The Seas or to book your spot on the November cruises please visit  www.hjtravels.com or on Facebook and Instagram or call the toll free number at 877-457-1268.

9 things to know about Royal Caribbean's Symphony of the Seas