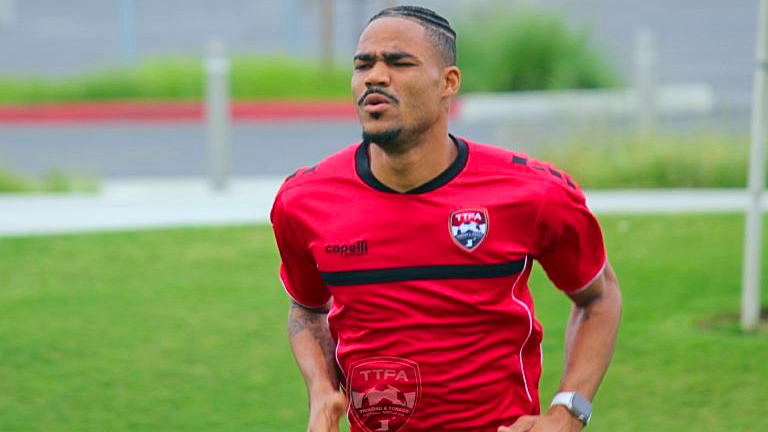 Trinidad and Tobago defender Alvin Jones is focused on preparation for the Gold Cup as hype over the much-anticipated rematch with the USA ramps up.

Jones scored the winner against the USA on October 10th 2017 in a FIFA World Cup qualifier to deny Bruce Arena’s men a place in the 2018 finals.

Jones, who plays for the USL Championship team OKC Energy, is not feeling any pressure as the match approaches.

“For me personally I feel very relaxed. You are as good as your last game. The last time we played them we won 2-1. We are not taking the game lightly. We know they are at home and it will be a very important game in the group stage,” Jones told TTFA Media.

The Soca Warriors defender emphasized that preparation for the Gold Cup, including Monday’s final warm-up match against Canada, as most important.

“The main thing for us now is the current preparation. We had a good game against Japan and right now we are working really hard each day. We have to take it game by game. Six points is our first goal to take us out of the group,” he said.

Trinidad and Tobago have been drawn in Group D alongside hosts USA, Panama and Guyana.

Leston Paul, who started against the USA in the 2017 match, ironically plays for Memphis 901, a team part-owned by the The Stars and Stripes goalkeeper on the day, Tim Howard.

Paul says he has never spoken to Howard about the game and he knows the encounter in the 2019 Gold Cup is going to be an interesting encounter.

“I know it’s going to be a battle. I know they have it in the back of their heads that they have to come and bring their A-game but in saying that, they will have some respect for us,” Paul said.

Trinidad and Tobago trained on Saturday at Great Park in Irvine ahead of their friendly against Canada on Monday.

Trinidad and Tobago open their Gold Cup campaign against Panama on June 18 at Allianz Field, St Paul, Minnesota, before taking on hosts and defending champions USA at Energy Stadium in Cleveland.

Meanwhile, T&T head coach Dennis Lawrence and the Trinidad and Tobago Football Association have extended condolences to the family of Justin Edinburgh and members of the Leyton Orient football club following his death on Saturday.

Dennis Lawrence knew Edinburgh as both completed their UEFA Pro License over the same period.

Lawrence and members of his senior team technical staff along with the TTFA are deeply saddened and shocked to hear of his passing.