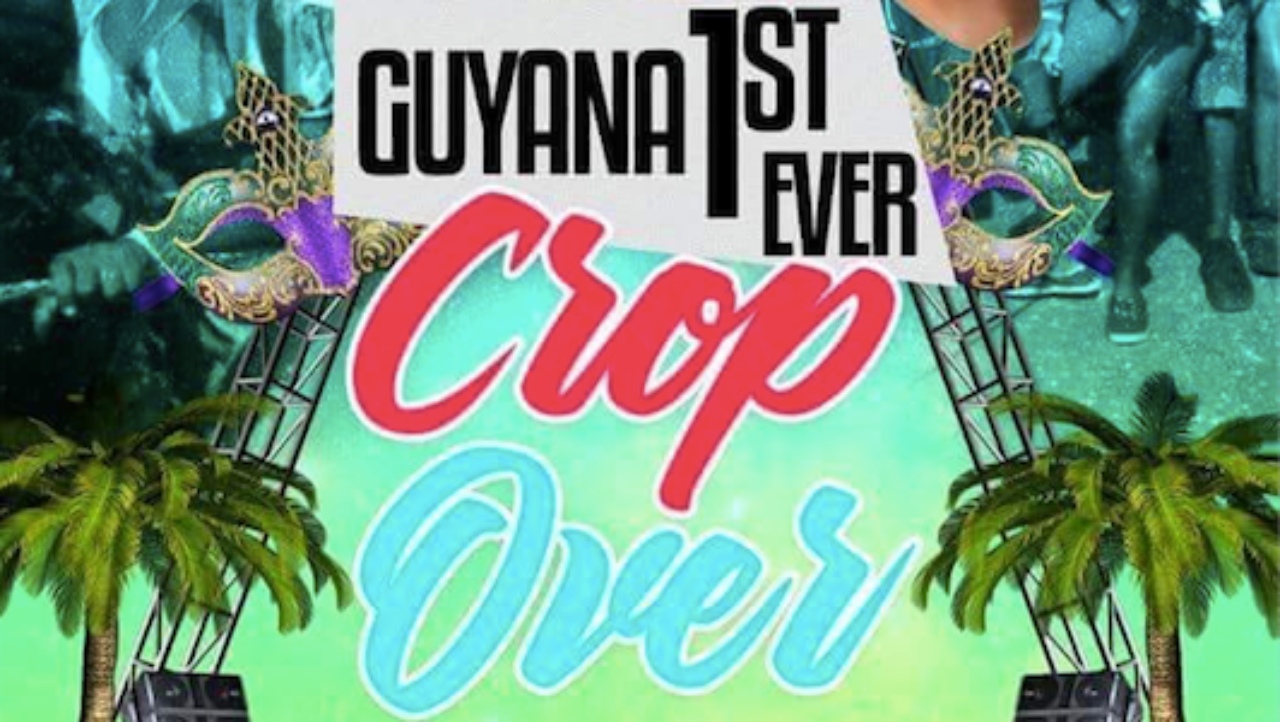 Part of the flyer which is floating around on social media.

Guyana’s inaugural Crop Over flyer with a woman in a feathered headpiece and beaded costume has some people from Guyana and Barbados in a tizzy.

The flyer has no promoter or organizer on it, it just says:

'Guyana's 1st ever Crop Over

But that’s all it took to stir up an ant nest on Facebook.

Guyanese people are arguing that MASH and Carnival are enough, though some even think “Carnival was unnecessary,” to quote one person who commented. Guyana's Carnival started this year and it's a private venture.

Seconding this opinion, someone said, “The reason I liked Mash is for its uniqueness ms...de rest of the Caribbean get they carnival and crop over and things, and we get we mash. Idk why these ppl so fri**ing follow pattern uk. Guyanese foreign minded baaad bai...smh.”

And many Guyanese are really up in arms over the cultural appropriation. A popular comment was:

“Oh for f*$k sake, why the hell won't they stoppppppp. First it was Carnival. Now crop over, what will it be next, Mardi Gras?”

Yesterday one Guyanese man really jotted down his feelings, typing:

“For bloody sakes man, This is a joke, right? At the rate persons are going with these sort of events, youths will sooner than later have no idea or sense of a culture of their native Guyana. It's already a strain to all demographics of Guyana to speak distinctly of cultural identity. Soon enough when asked what makes them Guyanese, it may as well result in being told "meh barn hay".”

Speaking along a similar vein, another commenter who said that Guyana is getting rid of their identity bit by bit, added, “Wait man, Guyana can't be satisfied with what they have?? Anybody else is celebrating mash?? We take carnival. Now crop over?? Too dam foreign minded man.”

Another Guyanese man said, “We've become a nation of copycats. Rather than make what we have bigger and better, we import what our neighbours have.”

Meanwhile, a good few people laughed at this one Guyanese who simply stated, “Just now we will be celebrating Martin Luther King day.”

Though few Guyanese said that it would be another endeavour to bring money into the economy and people’s pockets, many others said that for the sake of money alone, it is not worth it.

They also said argued, “not a bajan would keep anything name MASH here.”

Loop called the Guyana Consulate in Barbados and the representative was unaware of the flyer, but she clarified some points.

She said that MASH is actually Mashramani and it’s celebrated annually on Republic Day, February 23. She said, “Mashramani means celebration after hard work.” And it’s commonly known as ‘Mash’. It is the longest held parade with floats and costume bands in Guyana. She said that though it commemorates when Guyana became a republic, she was uncertain if the parade started the same year - 1970.

On Facebook, when Barbadians started commenting, many were in disbelief.

Overall, most people from both countries are hoping it’s a joke, and that too is a rumour going around; that is all a hoax.

After Crop Over: Wonderful gardens, parks and caves