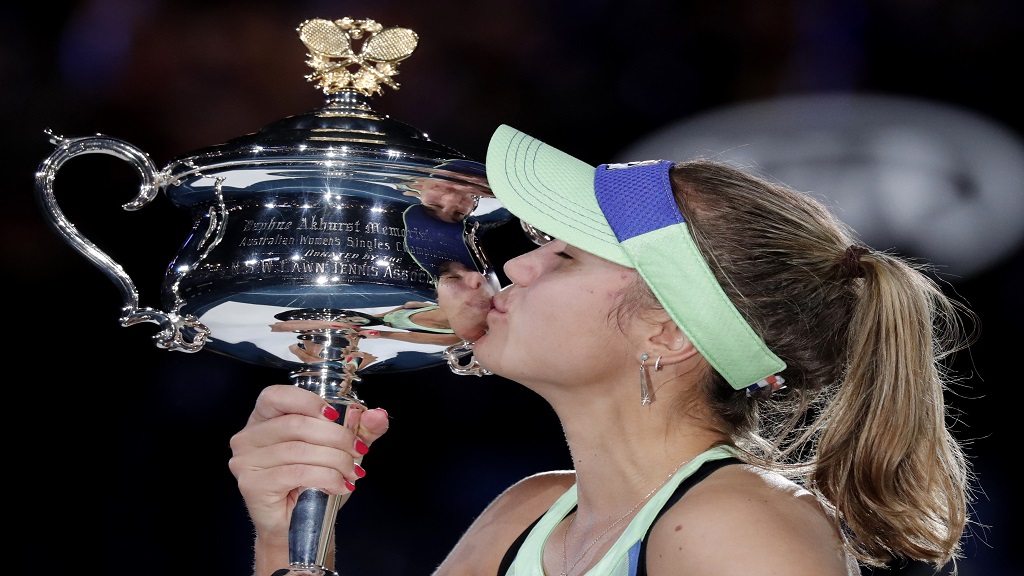 The youngest Australian Open finalist since Maria Sharapova in 2008, the 21-year-old dropped an absorbing first set against two-time major champion Muguruza in Melbourne on Saturday.

However, the tenacious 14th seed battled back to blitz Muguruza, who double-faulted on a second championship point to hand Kenin an unforgettable breakthrough win on Rod Laver Arena, making her the youngest American slam champion since Serena Williams at the 2002 US Open. 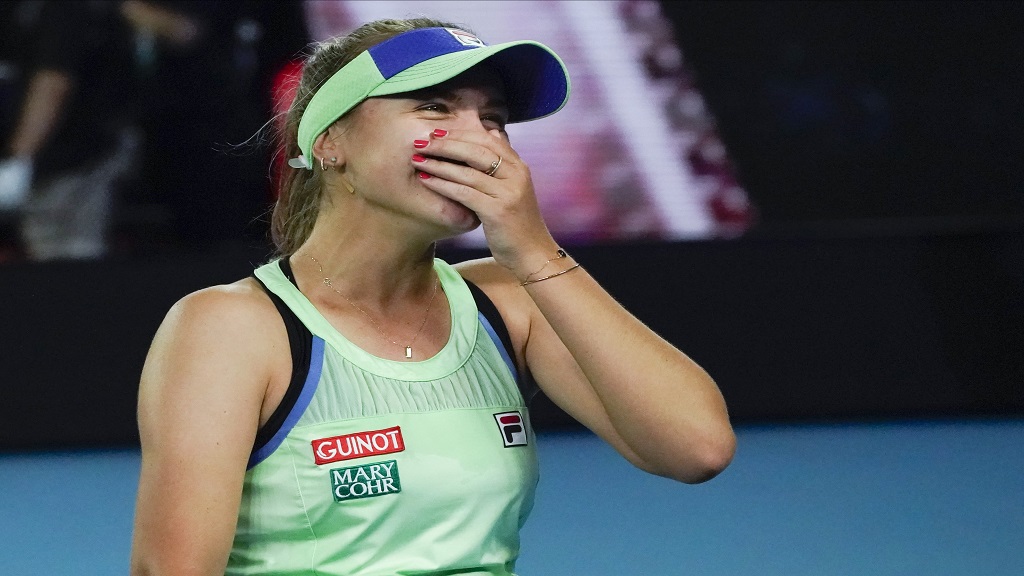 Sofia Kenin of the US celebrates after defeating Spain's Garbine Muguruza.

A player reborn since reuniting with former coach Conchita Martinez after the pair split two years ago, Muguruza looked on track to clinch a first major title since Wimbledon 2017.

A tense opening under the Rod Laver Arena roof went in favour of Muguruza, who was bidding to become just the fourth woman since 2000 to clinch a slam while unseeded after topping 2018 runner-up Simona Halep in the semis.

The opening three games took 16 minutes to complete, though more importantly, Muguruza broke at the third time of asking for a 2-1 lead after an almost nine-minute third game.

There was a brilliant 23-shot rally in the sixth game, which included Kenin dropping her racket in disgust, as Muguruza kept her cool to retain the break. 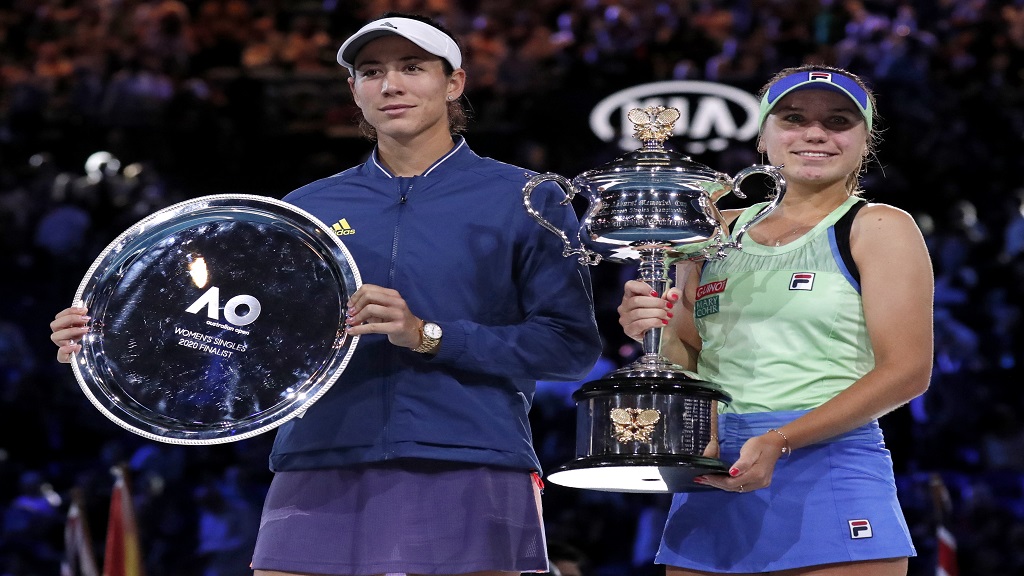 Kenin - who was only broken once during her shock semi-final win over world number one Ash Barty - then saved four break points to avoid going down a double break, having dug herself out of a 0-40 hole to stay within touching distance.

Muguruza had not faced a break point until the eighth game and she double-faulted consecutively to put the set back on serve but reclaimed her advantage immediately before the unrelenting Spaniard served it out with 52 minutes on the clock.

Positive and engaged, Kenin was not ready to surrender in the second set as she kept her dream alive, reducing the 15 unforced errors from the opening set to just four in the second while not facing a break point.

Kenin earned a break point in the fourth game and she did not need a second invitation, converting for a 3-1 lead - Muguruza struggling to maintain her charge as her first serve percentages decreased.

Showing plenty of emotion, Kenin spiked the ball into the ground after holding for a 5-2 advantage before levelling the match and forcing a deciding set.

Muguruza did not hit the ball as crisply in the second set, her winners dropping from 15 to eight, while she only served at 43 per cent as she received treatment heading into the finale.

She threatened to strike first, racing out to a 0-40 lead in the fifth game, but Kenin reeled off five successive points, hitting four winners and an ace to stay on serve.

Muguruza's inability to utilise those three break points came back to haunt her after the red-hot Kenin took a 4-2 lead in the next game - an advantage she never relinquished as the former crumbled dramatically.

US Open 2019: Gauff win over Osaka bad for tennis - McEnroe