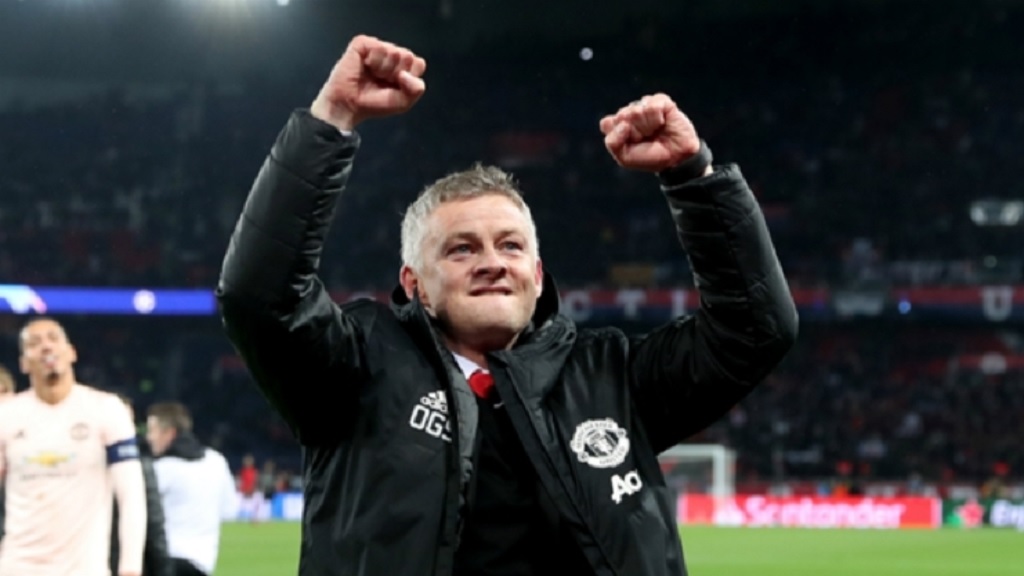 Ole Gunnar Solskjaer led Manchester United to the quarter-finals of the Champions League.

Ole Gunnar Solskjaer has been appointed Manchester United's new manager on a permanent basis, the Premier League club has announced.

Solskjaer took charge on an interim basis in December when Jose Mourinho was sacked, the former United striker quickly inspiring an upturn in form.

Having left his post at Molde to return to Old Trafford, United won their first eight games in a row in all competitions under Solskjaer's steady hand.

Despite losing the first leg 2-0 at home, a late Marcus Rashford penalty awarded following a VAR check sent United improbably through to the quarter-finals, where they will face Barcelona.

That victory led to increased calls for United to give Solskjaer the job on a permanent basis, despite losing back-to-back games since, and his appointment on a three-year deal was confirmed on Thursday.

"Since coming in as caretaker manager in December, the results Ole has delivered speak for themselves," said United's executive vice-chairman Ed Woodward.

"More than just performances and results, Ole brings a wealth of experience, both as a player and as a coach, coupled with a desire to give young players their chance and a deep understanding of the culture of the club. This all means that he is the right person to take Manchester United forward.

"I want to thank Ole and the coaching team for everything they have done so far and congratulated him on this richly deserved appointment. The fans and everyone at the club are behind him as he looks to take us where we need to be and build the next stage of our history."

Solskjaer scored 126 goals in 366 appearances for United between 1996 and 2007, including the dramatic late winner in the 1999 Champions League final against Bayern Munich.