Some refusing to sign quarantine forms, demanding to go to other sites 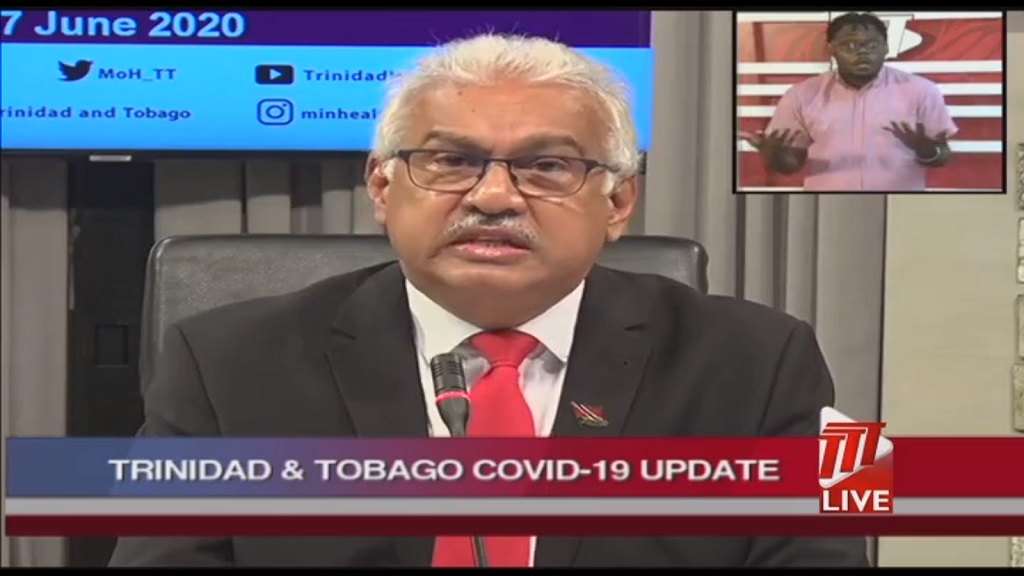 Some returning nationals are refusing to sign the quarantine forms, and are demanding to go to quarantine sites of their own choice.

Health Minister Terrence Deyalsingh made the revelation while speaking at the virtual media briefing on Wednesday.

Describing it as a "dangerous precedent", he said the Ministry of Health is now at a "breaking point".

He said returning nationals promise to adhere to the guidelines when making requests for travel exemptions, but on their return some are refusing to abide by the rules.

"But, I think today at the Ministry, we have reached a sort of a breaking point. What is the issue? Sadly now, in many cases what we are being faced with, with those that we have brought back, are demands being placed on us, that simply cannot be met. We now have returning nationals, who when they are clamouring to come back say they will sign this, they will do this, they will go there. Some, not all, are now refusing to sign the quarantine form."

"This is a dangerous precedent. The Chief Medical Officer (CMO) will explain the importance of that form. They are now refusing to sign the quarantine form once they land in Trinidad and Tobago. When we allocate them to sites, they are now refusing to go to the allocated sites, and they are demanding to go to sites of their own choice. That is not a condition on bringing you back."

As a result, the Health Minister added that returning nationals may be asked to sign the forms before they board their flights.

Dr Parasram explained that in instances like these, he can sign an order stating that the individuals are to be quarantined based on the risk that they pose.

"The Defence Force is on site and had asked for the signs to be signed. Everyone else complied. In instances like that, we can write a quarantine order directly to the County Medical Officer of Health (CMoH) office naming the individuals and stating that they are under quarantine which can be signed under my hand to ensure that there is compliance."

Hundreds of returning nationals to be placed in quarantine