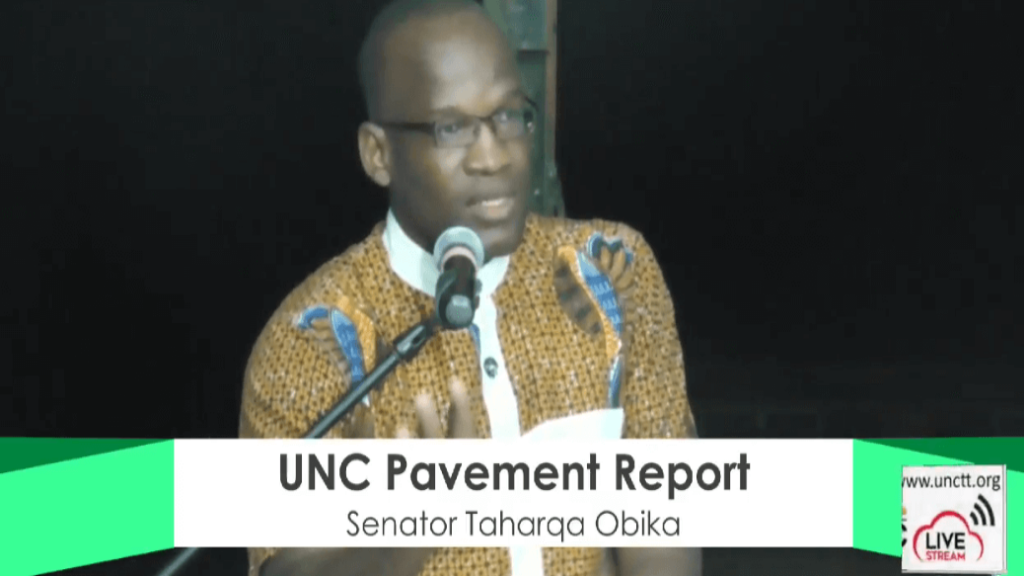 South Trinidad is not the hub of commercial activity as being touted by Trade Minister Paula Gopee-Scoon.

That’s the assertion from Opposition Senator Taharqa Obika as he accused Government of not doing enough to stimulate the economy, stating that it remains on life support and the greatest threat continuing to be crime which has severely affected businessowners’ ability to transact business.

Speaking at the United National Congress (UNC) Pavement Report in Cumuto/Manzanilla on Monday night, he said South Trinidad was more of a ghost town than it was a place to do business.

He slammed the Minister for a comment at the recent launch of the Regus Business Centre at Gulf City Mall, where she declared that San Fernando was open for business.

“South is open for business because some company come and opened some shops for rent? So if you can’t afford to pay a whole month’s rent you could pay a little two days.”

The Opposition Senator said Government has failed to do anything generate economic activity in South Trinidad, and suggested that the only reason the business centre was opened at that location was because the mall is empty and not attracting any business.

Obika said this was the same for malls in Marabella, Point Fortin, and other main towns.

“The malls are like ghost towns in South… but the Minister of Trade and Industry, who herself is from South… lying to the people… saying South is open for business.”

Referencing projects carded for South Trinidad including the construction of a port in La Brea, the Opposition Senator said all of these are “failed” projects which will never get off the ground.