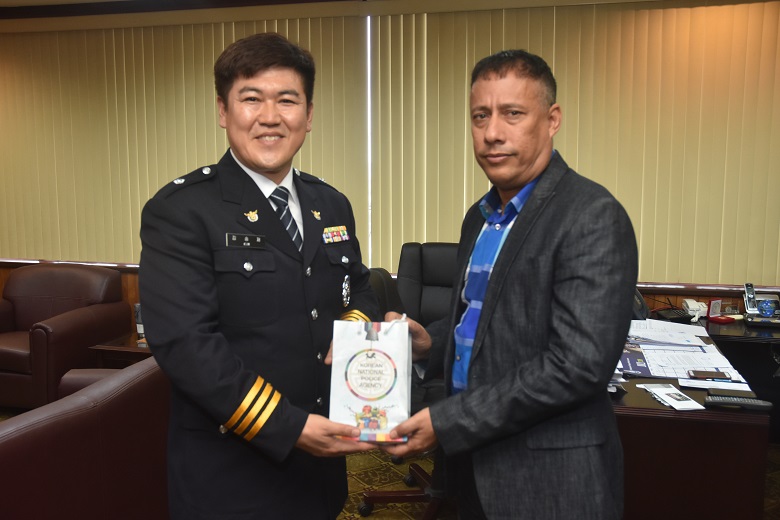 This meeting took place on Thursday at the Office of the Commissioner of Police, Police Administration Building, Port-of-Spain. Also present at the meeting was Provost of the Police
Academy, Dr Simon Alexis.

Inspectors Jun Chol Kwon and Seungjae Kim, of the Forensic Investigation Division of the Seoul Metropolitan Police Agency, informed the Commissioner of the course components which were covered in the two-week training course, involving 33 police officers, drawn from various Branches/Sections/Units of the TTPS.

Participants learned updated techniques on how to properly assess and handle a crime scene and to collect evidence that can be used in court. Among the components covered were; Understanding Forensic Investigation, Method and Procedure of Collecting Evidence, the Study of Fingerprints on the Crime Scene and Identification Methods for DNA.

Plans for the training were initiated following a courtesy call Commissioner Griffith received from Ambassador of the Republic of Korea, Sung Moon-up, on March 13 during which collaboration on issues of safety and security was discussed.

Commissioner Griffith expressed his gratitude to the instructors for their efforts and said he looked forward to seeing his officers put their newly learned skills to the test, in solving cases and securing convictions in the courts.