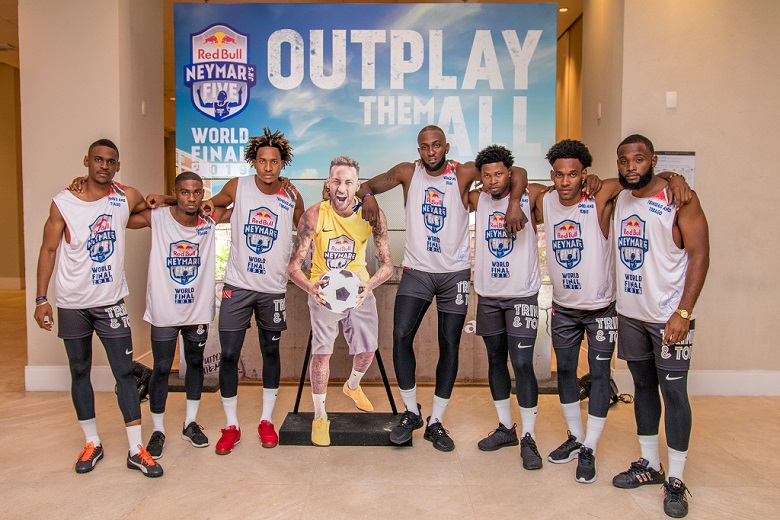 Trinidad and Tobago missed out on an opportunity to qualify for the knockout stage of the Red Bull Neymar Jr's Five World Final Competition. This, as a team of seven, participated in the highly competitive international game.

The competition was held on Friday 12th and Saturday 13th July, at the Instituto Projeto Neymar Jr in Praia Grande, Brazil. The  Instituto Projeto Neymar Jr is a private, non-profit association dedicated to social causes and was set up by Neymar Jr and his family. Located in Jardim Glória in Praia Grande where Neymar Jr spent much of his childhood, the Institute is an 8,400m2 education and sporting complex catering to 2,470 underprivileged children aged between 7 and 14.

Over 100,000 players from more than 40 countries across six continents competed with the hope of becoming their national champion. This year, for the second time, a women’s competition was also played in 10 countries. Only the strongest teams made it through.

After 5 nationwide qualifiers, 101 teams, 707 players and 2 weeks of intense training sessions at Raw Fitness Gym in Gasparillo, 7 players from South Trinidad emerged victorious (Team Southside FC) and moved on to represent Trinidad and Tobago in Brazil. They include Rodney Nelson, Marlon Phillip, Denton Headley, Jeremiah Kerville, Javon Daniel, Lashawn Marcano and Tequan Rodriguez. Trinidad and Tobago, along with Jamaica were the only countries that represented the English Speaking Caribbean in the competition for the first time this year.

Trinidad and Tobago was drawn in Group E with other European teams - Slovakia, France and Poland. The World Final began on Friday, July 12, with the group stage. Trinidad and Tobago finished 3rd in their Group E encounters, missing out on the chance to advance to the knock out stage.

The best teams advanced to the knock-out stage on Saturday 13th July and battled it out in the round of 16, quarter-finals and semi-finals before the top two women’s and mixed teams faced each other in the final of each division.

Check out all the highlights on https://www.redbullneymarjrsfive.com/en