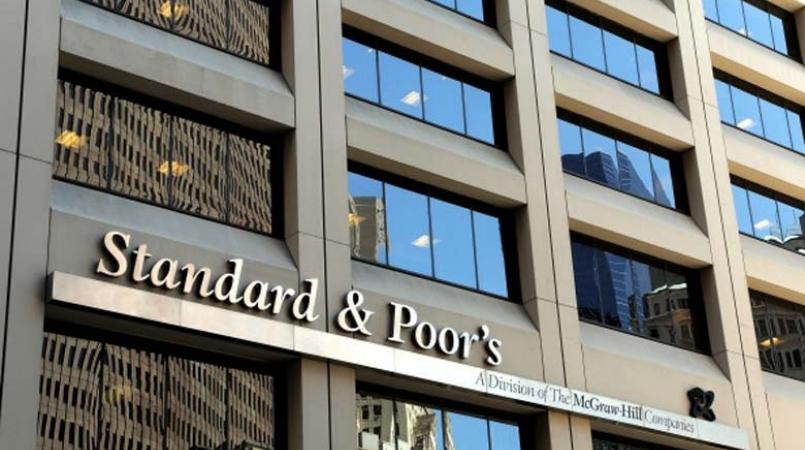 A report by the company also issued a negative outlook for the island, warning that the country's sustainability is under threat.

President of the Barbados Economic Society (BES), Jeremy Stephen, is of the view the recent credit rating downgrade is more serious than the government is letting on.

"Increased reliance on Central Bank financing of the still-high government deficit and the fall in international reserves reflect heightened challenges for policy implementation, the sustainability of the peg to the U.S. dollar, and underpin expected weaker growth prospects in Barbados".

"As a result, we are lowering our long-term foreign and local currency sovereign credit ratings on Barbados to ‘CCC+’ from ‘B-’."

"We are also lowering our short-term foreign and local currency sovereign credit ratings to ‘C’ from ‘B’."

"The negative outlook reflects our view that the government’s ability or willingness to take timely steps to redress deficit and financing pressures and bolster international reserves will likely deteriorate further."

The report is as follows:

The downgrade reflects our view that the government of Barbados’ willingness to take timely, proactive corrective measures to strengthen its financial profile continues to erode. In our view, a weaker ability to meet its debt-servicing requirements stems from still-high fiscal deficits, limited access to private-sector funding in the local market, as well as a decline in external funding, and with it foreign exchange reserves.

The sovereign’s debt servicing capacity depends on favorable financial and economic conditions consistent with our “Criteria For Assigning ‘CCC+’, ‘CCC’, ‘CCC-’, And ‘CC’ Ratings,” in our opinion.

The government has not succeeded in substantially reducing high fiscal deficits. Furthermore, reliance on the central bank to directly finance these deficits continued to rise again in 2016. From April to December 2016 (the first nine months of fiscal 2016-2017) the central bank, and, to a lesser degree, the National Insurance Scheme (NIS) in effect wholly financed the government’s borrowing needs.

Private domestic financial institutions reduced their exposure to government securities, and the government paid down external debt. We consider the policy of ongoing dependence on central bank financing at odds with the government’s goal of defending Barbados’ long-standing currency peg with the U.S. dollar. It significantly curtails the central bank’s ability to act as a lender of last resort in the financial system.

The high level of central bank financing underscores the challenges associated with timely corrective fiscal policy actions. The government plans to present the 2017-2018 budget in the coming month. While it seemingly aims to rely on increased recourse to asset sales to fund the deficit, in our view, the prospects for deeper expenditure or revenue adjustment are uncertain, underscored by the poor track record of execution.

This comes as the country moves into an electoral cycle, with parliamentary elections due by February 2018. Furthermore, one-off revenues from the sale of the Barbados National Terminal Company are still pending after initially expected to materialize a year ago.

This demonstrates policy inaction and prospects for slow progress on asset sales. The streamlining of state-owned enterprise finances is behind schedule, and their management continues to weigh on Barbados’ fiscal profile.

Finally, delays in complying with terms and requirements for official borrowing (from multilateral agencies, for example) have contributed to delays in external disbursements, which are important to bolster international reserves. In sum, the various failures to respond in a timely fashion to mitigate fiscal and financial pressures further weigh on our view of Barbados.

With about US$15,800 per capita GDP projected for 2017, Barbados is still one of the richest countries in the Caribbean.

However, growth has been below that of peers with a similar level of economic development, and the economy depends highly on tourism. While three major hotels had announced new investments on the island–the Hyatt, the Sam Lord’s Castle project by Wyndham, and the expansion of the all-inclusive Sandals hotel–only Sandals is not suffering from delays.

Given these recurrent delays, and our expectations for ongoing risks associated with sluggish fiscal correction, we have lowered our growth forecast and level for per capita GDP, which weakens Barbados’ overall economic profile.

We expect Barbados’ net general government debt to continue to rise toward 111% of GDP over the next three years from 101% in 2016.

We consider this level of debt a key credit weakness, particularly given Barbados’ narrow, open economy (which depends highly on tourism) and fixed exchange rate regime.

In addition, the general government interest to revenue burden is over 15%. We assess Barbados’ contingent liabilities as limited, considering our view of the strength of the banking system, with assets of the deposit-taking financial institutions at 170% of GDP.

The high current account deficit (CAD), which is not fully financed by foreign direct investment, and slow external disbursements from multilateral and official creditors contributed to a decline in international reserves to US$341 million at year-end 2016. This keeps the country’s external vulnerabilities high and underscores challenges of sustaining the fixed exchange rate.

We expect Barbados’ gross external financing needs to be above 200% of current account receipts (CAR) plus usable reserves.

Low inflation is a reflection of global conditions rather than effective monetary policy execution given the fixed exchange rate regime. In addition, the central bank’s ongoing financing of the government’s deficit impairs the credibility of monetary policy, the peg, and the ability of the central bank to act as a lender of last resort for the financial system."

The negative outlook reflects the potential for a downgrade over the next 12 months should the government fail to make additional progress in lowering its high fiscal deficit or if external pressures worsen with persistent and large CADs. This scenario would likely lead to further deterioration in the availability of deficit financing and pose challenges for the fixed exchange rate.

We could revise the outlook to stable within the next 12 months if the government succeeds in stemming further slippage in its fiscal accounts–be it from implementation of fiscal measures or a stronger-than-expected rebound in growth; improves its access to financing, especially from private creditors locally and globally; and stabilizes the country’s external vulnerabilities and bolsters international reserves."