Spain's running of the bulls: 2 injured, no gorings on Day 4 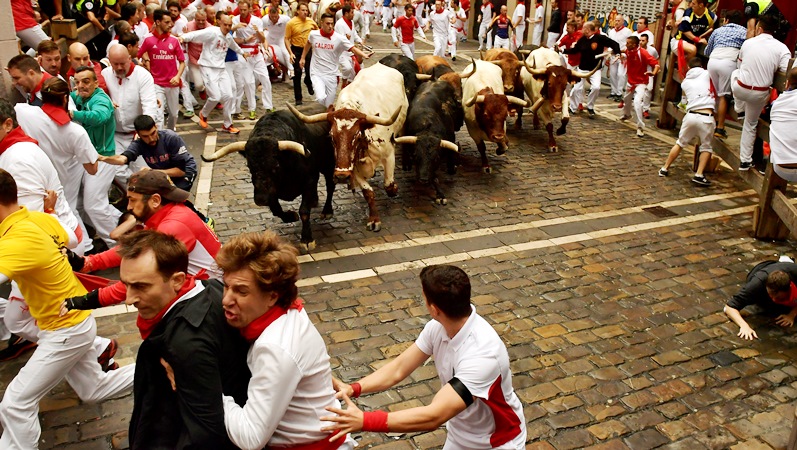 Revellers run in front of Fuente Ymbro's fighting bulls during the running of the bulls at the San Fermin Festival, in Pamplona, northern Spain, Monday, July 10, 2017.

There were no gorings on the fourth day of the bull runs.

The two injured men, both Spaniards, were taken to a Pamplona hospital but neither is in serious condition, Red Cross spokesman Jose Aldaba said.

Television images showed one bull running into a man from behind and hooking a horn into his jacket as he fell to the ground.

The run along the 930-yard (850-meter) cobbled-street course lasted 2 minutes, 19 seconds, the fastest so far. Five people— four Americans and a Spaniard— have been gored since the bull runs started Friday.

Hundreds of people test their bravery and speed to dash through the streets with six fighting bulls without getting gored.

The bulls face matadors and almost certain death in afternoon bullfights. Bull runs are a traditional part of summer festivals across Spain.

In all, 15 people have died from gorings at the festival since record-keeping began in 1924.