Special Olympians to be celebrated with welcome ceremony 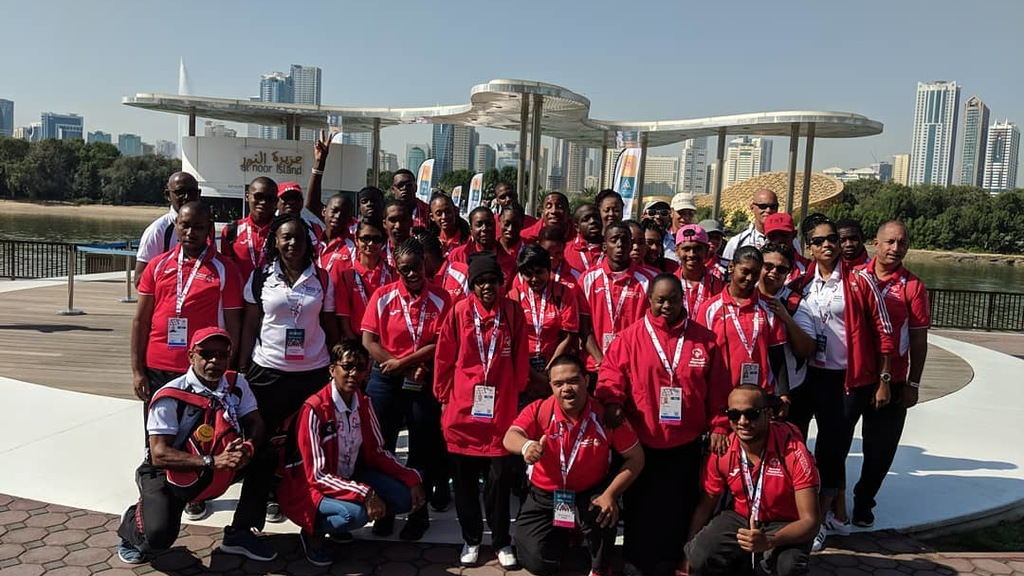 A welcome ceremony is being planned for the return of this country’s special Olympians.

The group of athletes will be returning to Trinidad and Tobago this afternoon around 5 pm from the Special Olympic Games which were held in Abu Dhabi.

The team bagged a total of 57 medals in the areas of swimming, powerlifting, equestrian, boxing, athletics and bocce.

Sports Minister Shamfa Cudjoe said there will be a welcome ceremony for the team which her Ministry is working on in conjunction with the Digicel Foundation and the National Lotteries Control Board (NLCB).

She said any further awards to the team will be decided after consultation with the Special Olympics Committee.

“Some sporting bodies prefer a direct contribution to sporting programmes while some prefer money to be given directly to the athletes,” she said.

She said the team’s accomplishments is not just about medalling but is in keeping with the new sports policy which encourages sports for all despite age, colour, sex and ability.

Cudjoe was especially in high praise for the parents and coaches who have been supporting the SOTT.