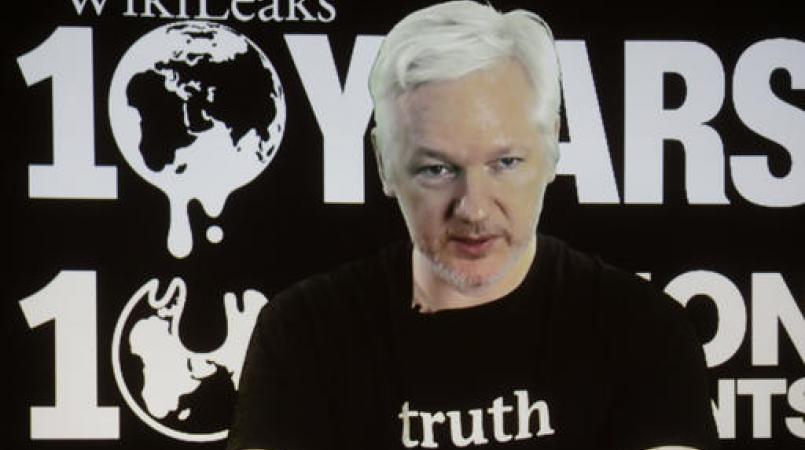 Few other details were immediately available.

Assange has been up holed up at the Ecuadorean Embassy in London for more than four years after skipping bail to avoid being extradited over sex crimes allegations.

The cramped quarters haven't prevented the Australian transparency activist from working and WikiLeaks continues to deliver scoops, including revelations that have rattled Hillary Clinton's campaign for president as the U.S. election enters its final stretch.

A woman who picked up the phone at the embassy said: "I cannot disclose any information."

On Sunday, before Wikileaks tweeted about Assange’s internet access being “intentionally severed,” the verified account, which has 3.7 million followers, sent three tweets which they called ‘pre-commitments’ and appeared to be written in an encrypted code.

The messages have prompted wild speculation across the internet with some believing that Assange is dead.