Spinning could be dangerous to your health 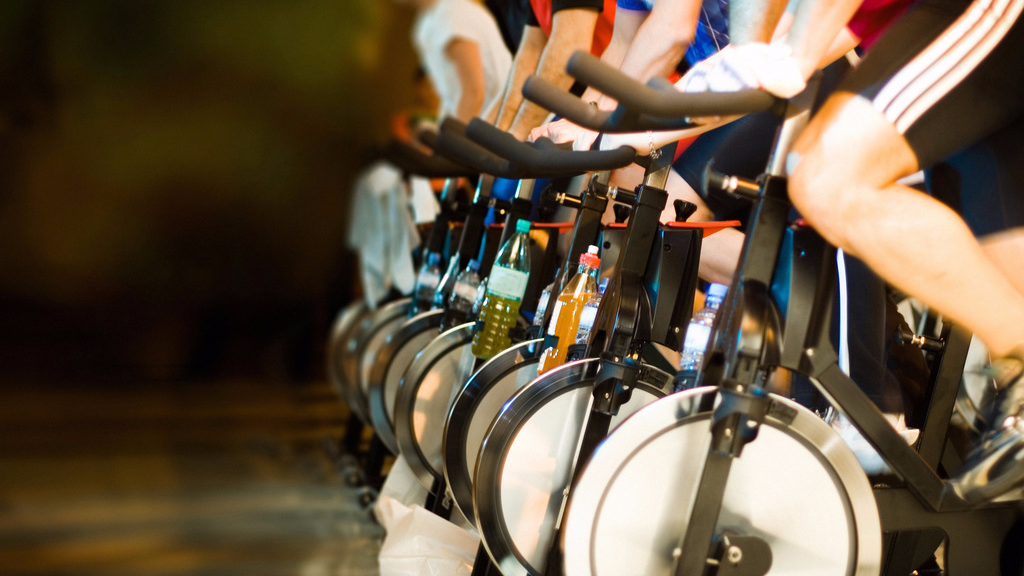 Spinning is a great way to burn sweat but a new study is warning that it could be dangerous, especially for those new to the exercise.

The study, entitled: "Freebie Rhabdomyolysis: A Public Health Concern. Spin Class-Induced Rhabdomyolysis", was conducted by the Westchester Medical Center and published in the American Journal of Medicine.

The study said that risk factors for the development of rhabdomyolysis or rhabdo are related to the intensity of the exercise, the conditioning of the participant, hydration, and body temperature, in addition to other potential contributing factors.

The study noted that physiology studies have demonstrated that significant numbers of calories are burned, fluid losses are significant and body temperatures increase during spinning classes.

Rhabdo is a syndrome in which muscles are dissolved. The injury leads to a leakage of contents from muscle cells, electrolytes, myoglobin, and other sarcoplasmic proteins into the circulation and extracellular fluid.

The study noted that spinning is a cardiovascular workout for all levels of fitness using stationary cycles in which participants adopt different positions and vary the resistance on the cycle, thus simulating climbing hills, cycling on flat roads, and sprint cycle. This involves repetitive use of the large muscle groups, mainly the gluteus maximus and quadriceps muscles.

Symptoms of Rhabdo include mild muscle soreness and swelling to organ dysfunction, fatigue, nausea, and vomiting.

The study recommends that the only way to prevent rhabdomyolysis from spinning is to have safety guidelines set up.

“ Beginners need to know how to gradually increase the time and cadence on the indoor cycle. They need to be made aware of the importance of staying hydrated and the need to avoid nonsteroidal anti-inflammatory drugs. Participants need to be informed of the risks of rhabdomyolysis. Guidelines should include information about the signs and symptoms of rhabdomyolysis and the urgency of seeking hospital treatment when such manifestations occur."

'Healthiest hearts in the world' found