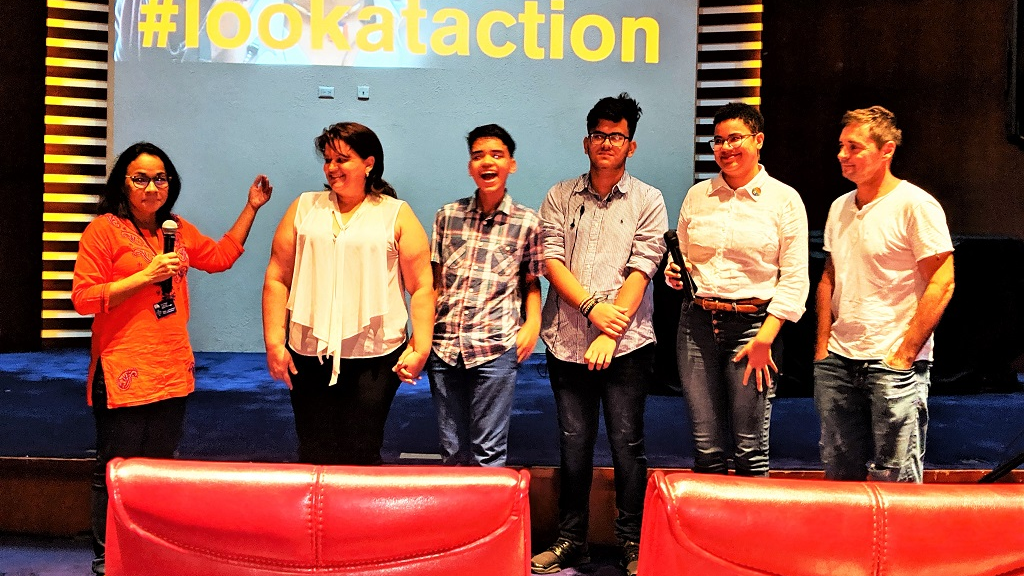 The heart-warming story of a Venezuelan boy who learns to stilt walk and becomes friends with a Trinidadian girl was a fast favourite at the Carifesta film festival, which was also the film’s national premiere.

Speaking after the film’s second showing on August 22, 2019 at NAPA, Carlos and his family said they were happy that Trinidadians could relate to the film.

The family discovered stilt walking through Sticks in de Yard, a stilt-walking group that invited refugees to take part in their workshops. Carlos faces his fears, learns how to stilt-walk and meets Jada, a Trinidadian girl, and the two become friends.

Directed by Miquel Galofré and produced in part by the UNHCR, the film looks at young Carlos and his family after being forced to leave Venezuela and move to Trinidad.

Carlos’ mother Jhohannah said she hopes that her sons can continue their education and have a normal life in Trinidad and Tobago.

“It was a big challenge…we wanted to send a message, to help people understand that we are human beings. Coming to this country was not part of our plan, it just happened, and here we are. We have left everything and we are starting over in the middle of nothing,” she said.

She said during shooting of the film, some of the crew members broke into tears.

Director Miquel Galofré said he is happy that the film, which has won several awards so far, can finally be shown in Trinidad and Tobago.

He said he hopes that soon refugee children can attend school in Trinidad and Tobago.

“We are very happy with how well received the film has been. It’s a tough topic that we definitely need to have conversations about.”

“People showed that they care and I hope things keep progressing and improving. The audience was shocked to know Venezuelans kids in Trinidad cannot attend (public) schools.

“The registration process that took place in June is a positive step that helps but there’s still a lot to do,” he said.

Galofré thanked the refugees, Sticks in de Yard and the United Nations for making the film possible, as well as the audience who showed appreciation for the film.

Lifted has won several awards, including the Media Prize in the Nouveaux Regards Film Festival held in Guadeloupe in March 2019, as well as appearing in the Caribbean Film Series at the Brooklyn Film Academy (BAM), also in March 2019.

The film was also screened at the Timehri Film Festival in Guyana was due to be screened in Chile, the Dominican Republic, and Peru for World Refugee Day, celebrated on June 20, 2019.