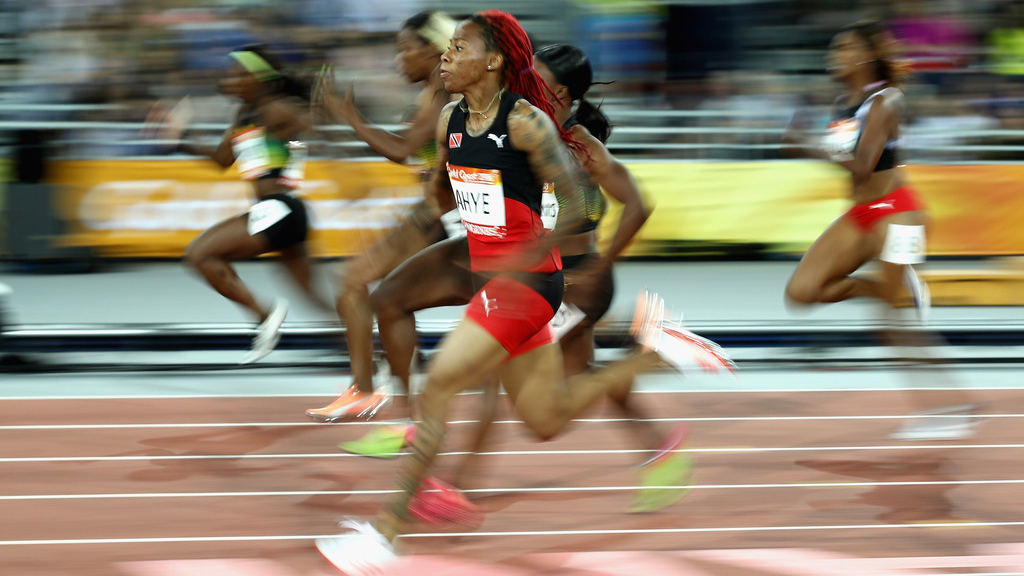 The Sports Company of Trinidad and Tobago (SporTT) has sent hearty congratulations to sprinter Michelle-Lee Ahye following her historic win at the Commonwealth Games on Monday.

"In the blazing sun of the Gold Coast in Australia, Trinidad and Tobago’s leading female sprinter made history as the first woman to capture gold in a major international event. Many sports fans were glued to their television screens on Monday morning to witness the final of the 100m at the Commonwealth Games, which in another first-time feat, featured three athletes from Trinidad and Tobago – Michelle Lee Ahye, Reyare Thomas, and Khalifa St. Fort," the company said in a statement.

"After 11.14 seconds, Michelle Lee Ahye had stamped her name in the history books with a patient and dominant race, collapsing on the track when she realized what she had done. The 2017 national champion was the overwhelming favourite going into the final and delivered on the promise on the GC2018 Carrara Stadium, in what was the ideal opportunity to emerge as a force to be reckoned with in the sprint event. Monday’s gold medal is a significant improvement on her previous outing at the 2014 Commonwealth Games in Glasgow when she injured out of the 100m semifinal.

The Board, management, and staff of The Sports Company of Trinidad and Tobago (SporTT) extend congratulations to Michelle Lee on her golden run and the legacy she has now created for women sprinters."

"Congratulations are also extended to Dylan Carter, who made history of his own, copping silver in the 50m Butterfly last Friday and earning the first swimming medal for TTO at the Commonwealth Games."

SporTT also welcomed Shamfa Cudjoe to the Ministry of Sport, adding that what Ahye has accomplished for women has been mirrored by the recent Cabinet reshuffle.

"Michelle Lee Ahye’s achievement for women in sport is mirrored by Monday’s Cabinet reshuffle. A warm welcome is extended the Honourable Shamfa Cudjoe, appointed on Monday as the Minister of Sport & Youth Affairs, replacing the Honourable Darryl Smith who has been reassigned to the Ministry of Housing & Urban Development."