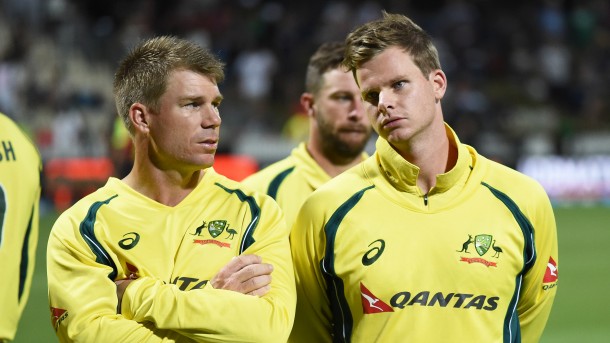 There have been several changes to the squads for the 2018 Hero Caribbean Premier League since the draft took place in London on 1 March.

Defending champions Trinbago Knight Riders have made three changes to the squad which won the trophy in 2017.

Gabriel has been in impressive form during the recent home series against Sri Lanka and Bangladesh.

Another pacer Ronsford Beaton is out of the 2018 tournament as he continues to work on his bowling action.

Beaton was reported for suspect bowling action in the second ODI against New Zealand in Christchurch in December last year and has been replaced by the USA pacer Ali Khan.

Khan represented Guyana Amazon Warriors in 2016 and in his debut game dismissed Kumar Sangakkara off his first delivery.

Ahmed has played 39 T20 matches so far and has 35 wickets and an economy of seven.

For the St Lucia Stars, the biggest change has been the inclusion of Australian batsman David Warner, who has replaced D’Arcy Short.

Jay Pandya, Chairman of St Lucia Stars said that Warner was always their first choice once they knew that D’Arcy Short wouldn’t be available.

“David is one of the most brilliant and powerful T20 cricketers to play the game. He is going to add a substantial amount of experience and firepower to this team and we are all looking forward to seeing him perform this year,” the chairman said.

Warner is serving a one-year ban from international cricket for his role in a ball tampering scandal in South Africa earlier this year, but that is not a concern for Pandya.

Chapman made his international debut for his native Hong Kong in 2015 but he has subsequently moved to New Zealand and has also represented them at international level against England.

Sami played for the Jamaica Tallawahs in 2017 and has represented Pakistan in 87 ODIs and 13 T20 Internationals and has claimed 169 wickets in his T20 career.

Talat and Raees will not be available for this year’s tournament.

New Zealander Devcich will be replacing Tabraiz Shamsi who will now be with South Africa on their tour of Sri Lanka and then will be representing South Africa A until the end of August.

Devcich, a 32-year-old spin bowling all-rounder, has previous experience with the CPL having played for the Trinbago Knight Riders in 2016.

Van der Dussen is an explosive batsman that has three T20 hundreds in 65 matches for the Johannesburg-franchise.

The three-time beaten finalists Guyana Amazon Warriors have made just one alteration to their squad.

Chris Green has replaced Cameron Delport for the first four matches of the tournament.

Green has played 27 Twenty20 matches and has scored 149 runs and taken 22 wickets.

He has played for Sydney Thunder at the Big Bash in Australia and the Lahore Qalanders at the Pakistan Super League.

Delport who will be unavailable until 17 August.

Finally, the 2014 champions Barbados Tridents have also two massive changes to their squads.

Irfan, 36, has been a regular on the franchise T20 circuit and has just finished a Global T20 Canada stint earlier this month.

He took six wickets in six games for the Edmonton Royals at an economy rate of 7.17.

In the Pakistan Super League this year, Irfan took 12 wickets for the Karachi Kings.

The 2018 Hero CPL commences on August 8 with the defending champions Trinbago Knight Riders playing the St Lucia Stars at the Queen’s Park Oval.