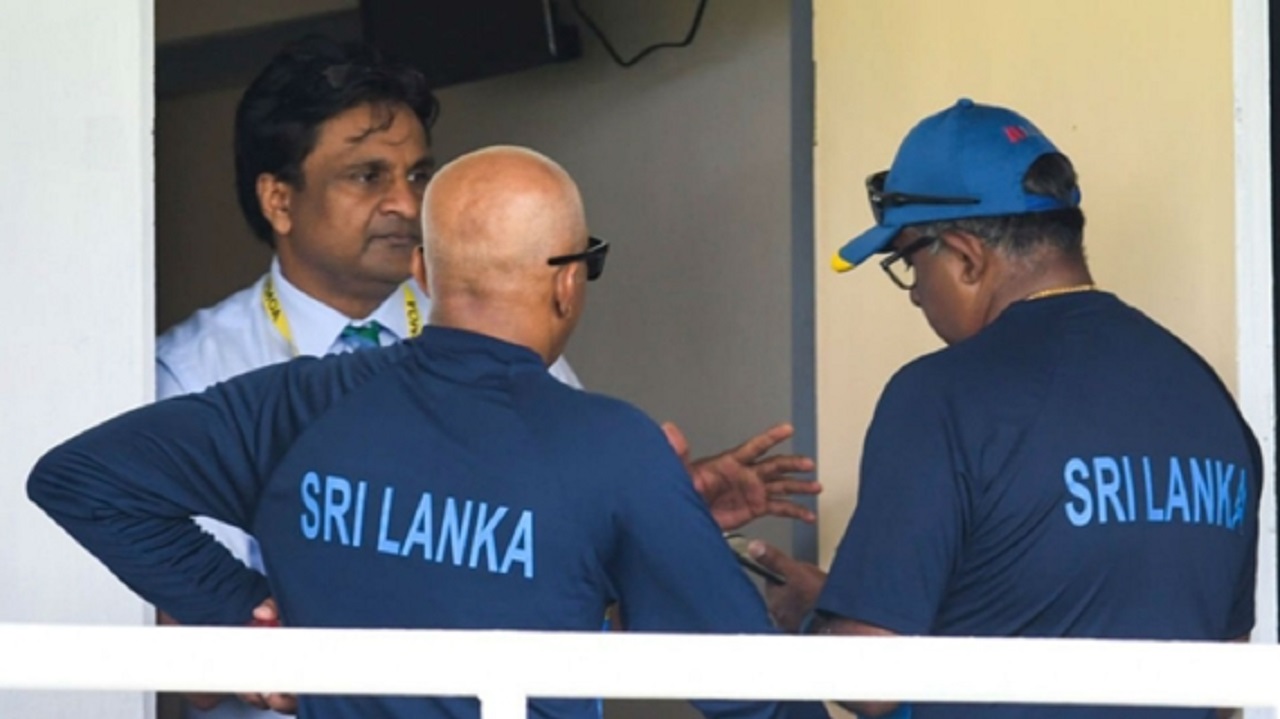 Lahiru Kumara sparked a West Indies collapse on a dramatic third day of the second Test  which started two hours late as Sri Lanka protested against being charged with altering the condition of the ball.

Confusion reigned in St Lucia on Saturday when Sri Lanka stayed off the field while umpires Aleem Dar and Ian Gould - who had notified them of a ball change - waited for the tourists out in the middle under blue skies following a rain-hit Friday.

It emerged that Sri Lanka had been hit with a five-run penalty after the umpires had reportedly reviewed footage of the second day's play, which ended with the Windies 118-2 in reply to 253 at the Darren Sammy Stadium. Sri Lanka Cricket (SLC) denied any wrongdoing by its players.

Talks continued between the match referee, the Sri Lanka team and officials before captain Dinesh Chandimal eventually walked out with his team-mates, only to head back towards the pavilion before a ball had been bowled.

There were further discussions before the action finally got under way and Kumara took 4-86 as the Windies were bowled out for 300 - Shane Dowrich making 55 after Devon Smith was dismissed for 61.

Shannon Gabriel removed Kusal Perera to reduce Sri Lanka to 34-1 at stumps on a dramatic day, the tourists trailing by 13 runs as they wait to discover what action the ICC might take.

SLC said the players had continued the match under protest.

An SLC statement said: "SLC advised the team to take the field to ensure the continuity of the match and wish to commend the decision taken by the team to continue with the game 'under protest' to ensure the upholding of the spirit of the game.

"The team management has informed us that Sri Lankan players have not engaged in any wrongdoing. SLC shall take all necessary steps to defend any player, in the event any unwarranted allegation is brought against a member of the team."

West Indies are leading the three-match series 1-0 following a 226-run victory  in the first Test at the Queen's Park Oval in Port of Spain.

Victory for West Indies in first Test against Sri Lanka