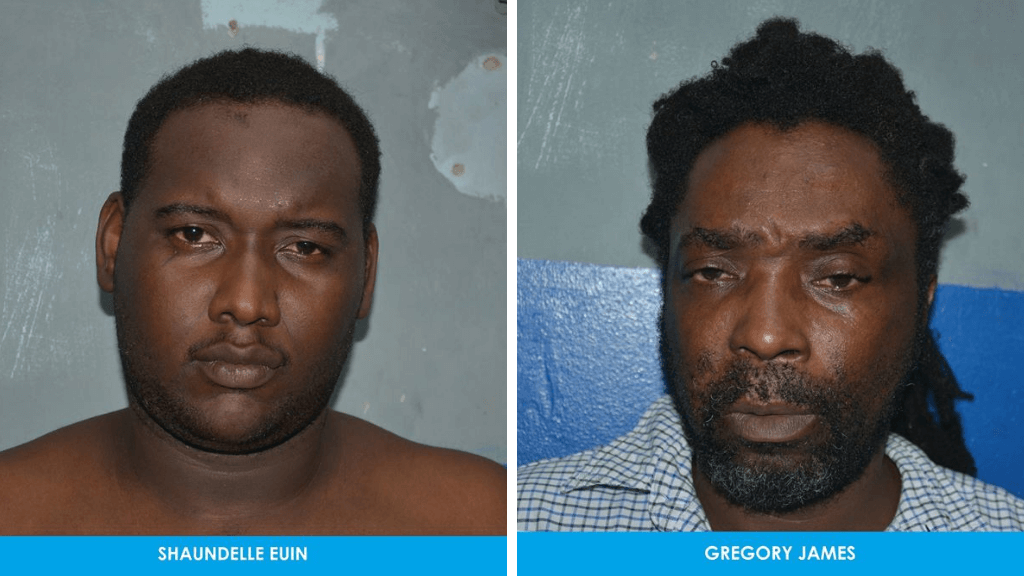 Photos provided by the Trinidad and Tobago Police Service.

Two men, including a Special Reserve Police (SRP) officer have appeared before a San Fernando Magistrate charged with the kidnapping for ransom of Natalie Pollonais.

PC Shaundelle Euin, 24, who was last attached to the La Romain Police Post appeared before Senior Magistrate Cherril-Ann Antoine, in the San Fernando 1st Magistrates’ Court alongside La Brea welder, Gregory James, 50, on Tuesday to answer to the charge.

The matter was adjourned to Wednesday.

The 45-year-old woman was kidnapped on September 6 and a ransom demanded by the kidnappers.

Police were notified and an intelligence driven operation immediately mounted.

Four days later, Pollonais was clinically extracted by the police while being transported by one of the suspects in a car heading along the westbound lane of the Churchill Roosevelt Highway, near Courts Mega Store.

Two other suspects were subsequently held at the La Romain Police Post around 7:40 pm the same night.

A third suspect is due to be charged in connection with the incident, while the fourth is continuing to assist police with the investigation.