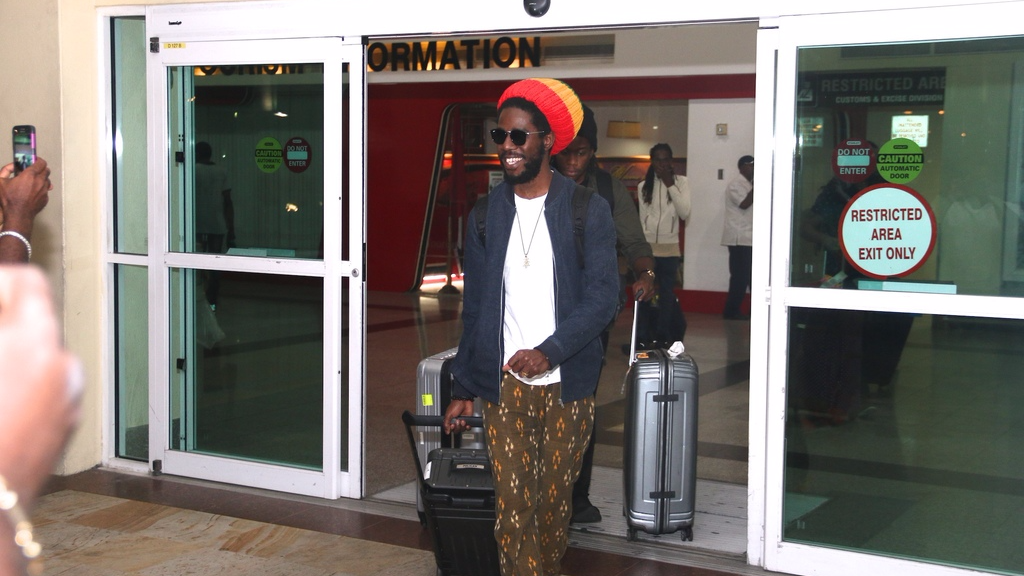 St George's College is the winner of the One Heart Caribbean School's competition which will see reggae star Chronixx visiting the school.

The singer, who arrived in Trinidad on Tuesday night, will visit St. George's College on Thursday morning.

The Barataria-based school, which has produced such music stars as International Soca Monarch King, Voice, Erphaan Alves, and Soca songstress Nadia Batson, emerged the winner of the competition, where students from across the country submitted video recordings singing Chronixx's popular song "Likes".

The soulful reggae singer was greeted by a contingent of photographers, One Heart Caribbean organisers and 432 Live officials when he arrived in the country.

The Jamaican singer and songwriter was in very high spirits as he was accompanied by members of his management team, including Zion Tomlinson and Brendon Sharpe.

To the surprise of many at the airport, international recording artiste Eesah also joined the music contingent for the Trinidad trip, leaving many speculating that a guest performance at the concert is on the horizon.

On Wednesday morning, Chronixx, whose real name is Jamar Rolando McNaughton, will receive a first-hand taste of Trinbagonian culture, as he visits the City of San Fernando from 8:00  am as part of the "Chronixx in the City" series. He will also be hosted at a Meet and Greet and Pop Up Shop event in Vas Lounge in St. Clair on Wednesday evening from 9:00 pm.

Chronixx and his band, Zincfence Redemption, will headline the One Heart Caribbean Festival on Friday 24th November 2017 at Skinner Park, San Fernando, which will also include special performances by Freetown Collective, Marlon Asher, Prophet Benjamin and Walshy Fire of Major Lazer.

Tickets are available nationwide and at www.suntixx.com.