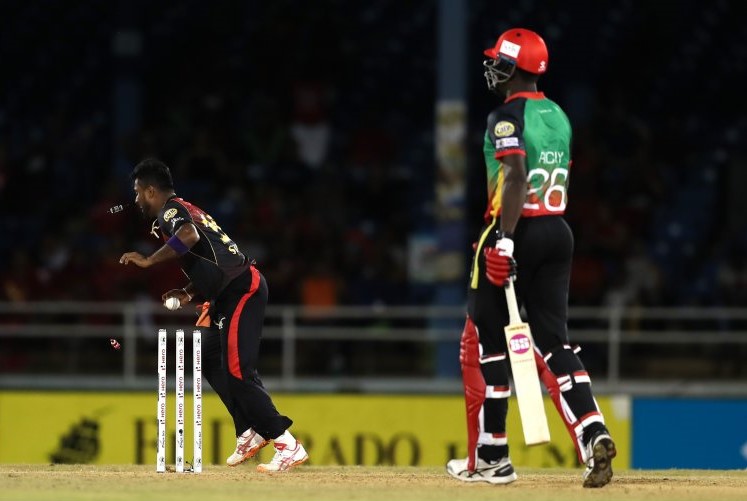 The St Kitts & Nevis Patriots were charged with a breach of Article 2.5 of the Hero CPL Code of Conduct – Minimum Over Rate Offences – at the end of Match 1 between themselves and the Trinbago Knight Riders on Wednesday 4 September at the Queen’s Park Oval, Port of Spain.

The charge of being one (1) over down was laid by the Match Officials Team against the captain of the Patriots, Carlos Brathwaite, who accepted the charge.

As provided for at Appendix 2, Section 4.2 of the Code of Conduct, the applicable monetary fine was imposed on the captain, and the Patriots team was penalized with a 0.05 reduction in their Net Run Rate.

The SKN Patriots fell 11 runs short of the Trinbago Knight Riders total to lose their opening game of the 2019 tournament.

The TKR are in action on Friday night against the Jamaica Tallawahs at the Queen’s Park Oval, while the St Kitts and Nevis Patriots return to the field on Tuesday against the Tallawahs at Warner Park, Basseterre.

Watch: Green and Paul propel Warriors to a winning total