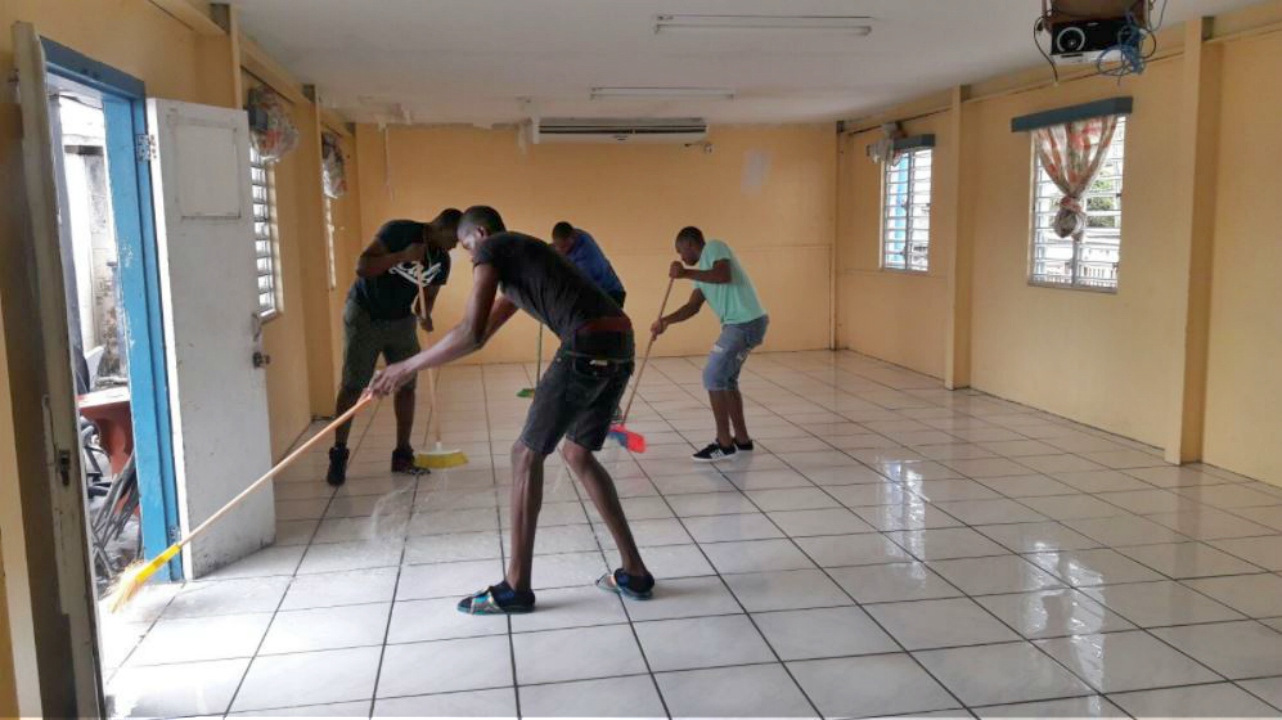 Police recruits mopping up and starting the cleanup at their headquarters. (PHOTO: Twitter|@pmharrisskn)

Today has been declared a public holiday in St Kitts & Nevis, which was lashed with heavy rains and high winds from Hurricane Maria on Tuesday, its Independence Day on September 19. 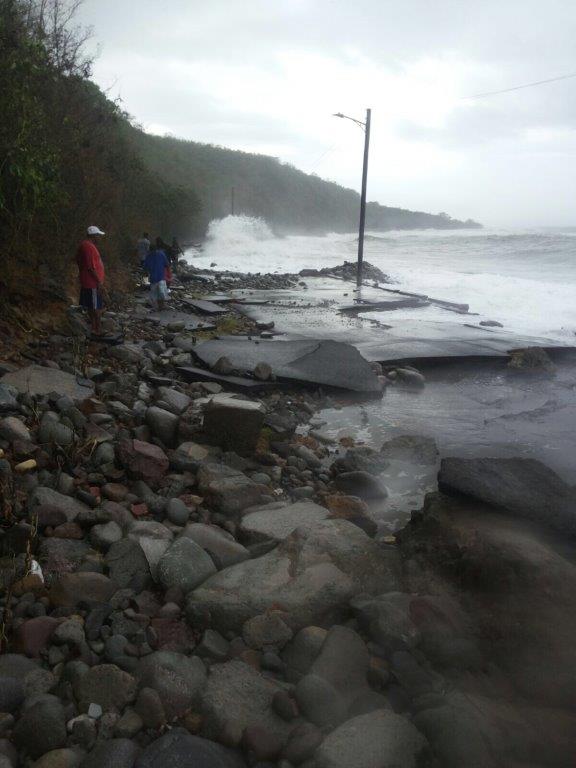 Prime Minister Timothy Harris indicated that the Governor General had approved the public holiday, which has been designated as a National Clean-Up Day.

Residents are being asked to remain in their communities and volunteer in cleaning up the environment to assist the country in returning to normalcy.

Essential services workers such as airport and health care workers, security forces and public works staff were expected to report for duty, while school administrators were to report to their respective schools to do an assessment of the conditions.

On Tuesday, flooding and overflowing of drains were reported in various areas and heavy storm surge washed large rocks onto the Irish Town Bay Road. Video shared by residents at mid-morning, showed trees bending in the driving rains and strong winds.

The Hurricane Watch for St Kitts was lifted at 8 p.m. last night, but a Flash Flood Watch remained in place until 8 a.m. Wednesday morning.