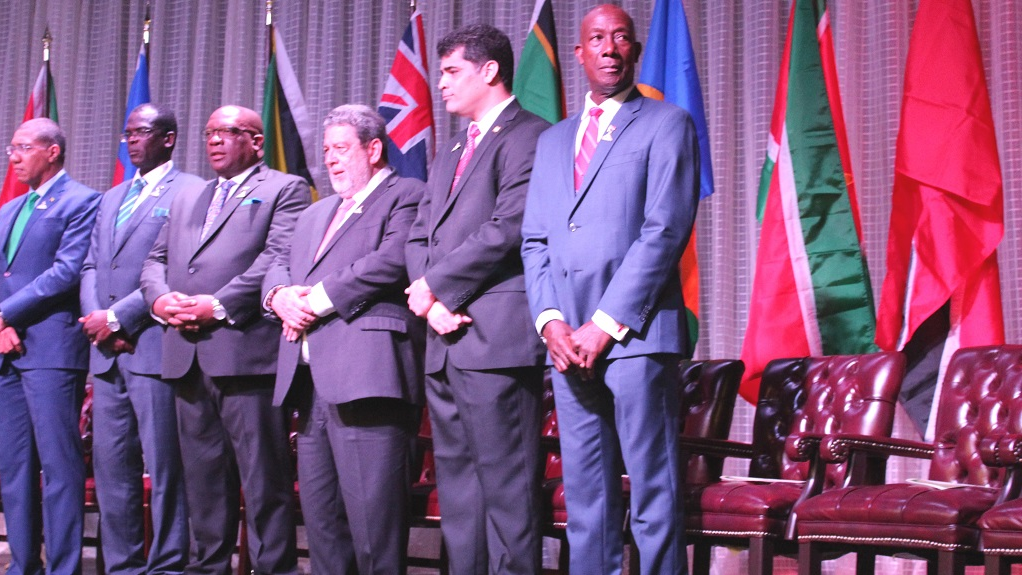 CARICOM leaders are working to resolve the current crisis within Venezuela.

The Office of the Prime Minister said Prime Minister Dr Keith Rowley joined St Kitts and Nevis Prime Minister, Dr Timothy Harris, and Barbados Prime Minister Mia Mottley in talks at the 40th Regular Meeting of the Conference of Heads of Government of the Caribbean Community (CARICOM) in St Lucia on Wednesday, to resolve the current impasse which has led to the displacement of millions of Venezuelans.

Dr Harris said CARICOM is being gravely affected by this crisis.

“Our engagement in the attempts at resolving the situation in Venezuela has clearly demonstrated that there is a role for us to play. It also is now quite clear that our principled stance enunciated from the outset and our approach is now being accepted by other parties.”

“Venezuela is our neighbour, and our Member States are being affected by the crisis. For us, this is not a geo-political game of chess.  It is a situation creating hardships for millions of people right on our doorstep, fostering instability in our already fragile economies and exacerbating criminal activity," Dr Harris said.

He added, “We must make clear that CARICOM plays a role of honest broker.  All stakes are high. The undermining of the Caribbean as a zone of peace; disruption of tourism and trade; uncontrolled migration with risks to health, and socio-economic problems in member states, compounded by illegal trade in arms, cannot be whisked away.”

United Nations Secretary-General António Guterres also spoke at the opening ceremony on issues related to climate change and other obstacles to sustainable development. Guterres extended an invitation to governments and the private sector to present plans to cut greenhouse gas emissions by 45 per cent by 2030 at his Action Climate Summit in 2020.

With respect to a new model of economic development, he noted that island nations in the Caribbean are fast becoming ‘influential test beds for innovative climate action such as investing in decentralised renewable energy”.

After the opening ceremony the United Nations Secretary-General met with heads of government at a working dinner. The talks were a pre-cursor to the upcoming United Nations General Assembly in September and provided heads with an opportunity to discuss issues that affect the Caribbean such as financing for resilience building.

Prime Minister Solberg, a strong advocate for the Sustainable Development Goals (SDGs), is expected to discuss matters of mutual interest to Norway and the Caribbean among them climate change and the blue economy which refers to the “sustainable use of ocean resources for economic growth, improved livelihoods, and jobs while preserving the health of ocean ecosystem.”

US sanctions Cuban firm to weaken Maduro's hold in Venezuela