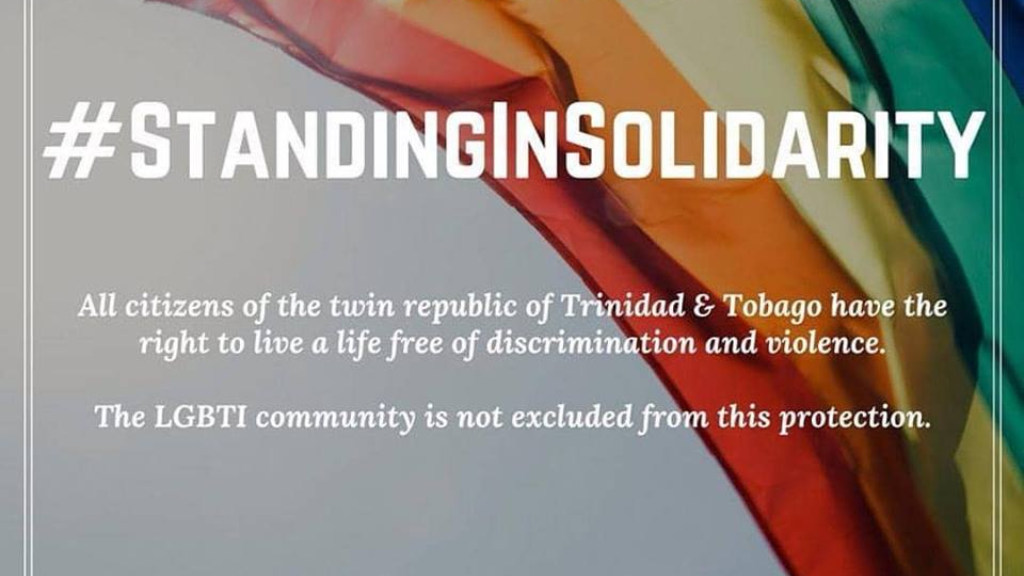 "The Executives of LGBT Alliance Trinidad (NGO), would like to congratulate Mr. Jason Jones and his legal team on this historic victory and to all who stood up for Gender Equality kudos to you. No longer can those dutty, stick bigots pastors who love to wave the Bible when they feel to say 'that illegal here.'

"This is a huge victory for the LGBTQ community."

United and Strong's Secretary Jessica St. Rose spoke to the St. Lucia Times on Thursday, saying that the organisation is ‘very happy’ and the group is celebrating the victory with its allies in Trinidad and Tobago.

“This is a very big, landmark victory for Trinidad and we are just very happy and excited that this has happened. Today is the beginning of a victory with more to come, we believe, in the Caribbean.

“We are hoping that Trinidad would be the stepping stone and we would see more activists taking up the challenge to challenge the buggery law across the Caribbean."

Social activist Jason Jones won his case against the State on Thursday, in a ground-breaking decision which sets a legal precedent moving forward.

Justice Devindra Rampersad ruled that Sections 13 and 16 of the Sexual Offences Act are “unconstitutional, illegal, null, void, invalid and are of no effect to the extent that these laws criminalise any acts constituting consensual sexual conduct between adults”.

The court will meet again to hear whether the offending sections should be struck down in their entirety along with the issue of costs. The Attorney General indicated that the State will appeal the ruling.