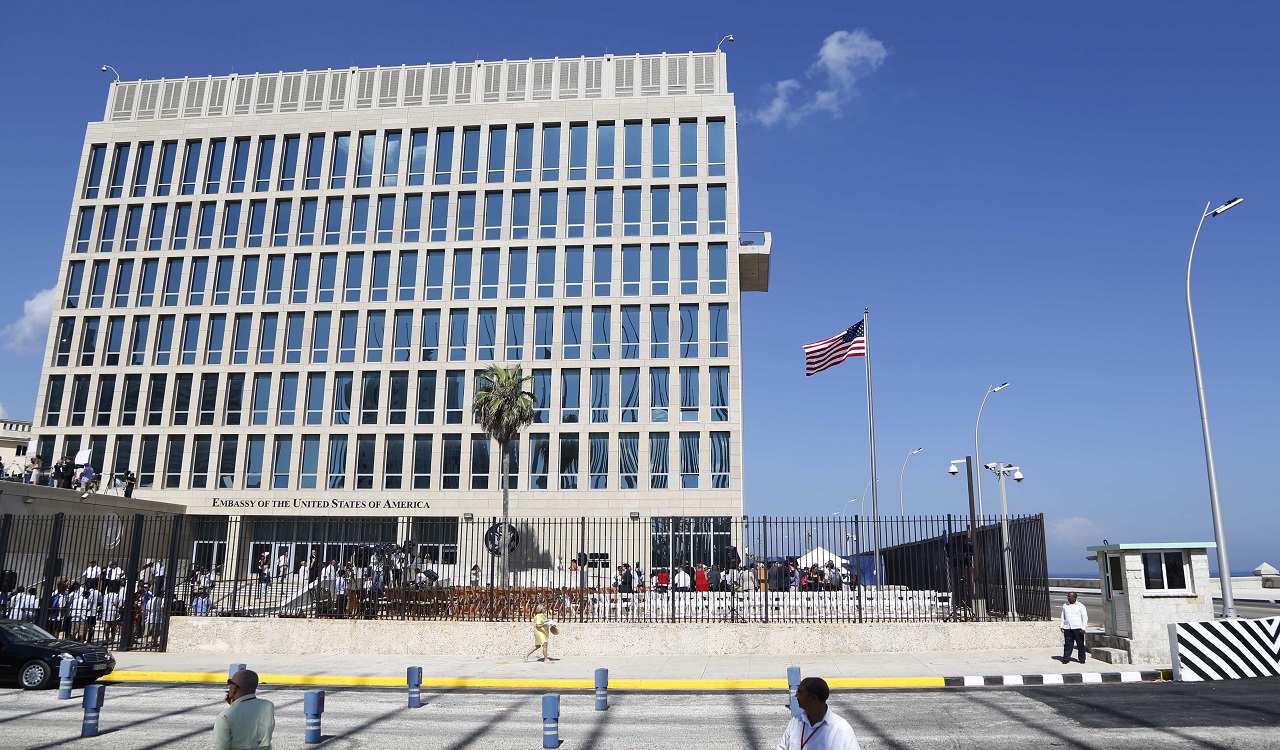 A bizarre string of attacks on diplomats in Havana has sent Cuban-American relations to their lowest point in decades, with the Trump administration virtually closing its embassy here and expelling Cuban officials from Washington. But few people on this communist-run island believe a word of the U.S. allegations.

Despite increasingly tough talk by the U.S., including White House Chief of Staff John Kelly saying Thursday that Cuba "could stop the attacks on our diplomats," the common reaction in Havana is mocking disbelief.

"It isn't the first or the last excuse that they invent to discredit Cuba and its leaders," lawyer Alexander Tamame, 36, said as he walked through the Vedado neighborhood in this city where the U.S. says at least 22 strange episodes have occurred over the last year. "I don't think anything really happened."

This skepticism stretches from government supporters like Tamame to its detractors; from fans of the United States to those wary of the giant to the north. Talk to anyone, anywhere in the country about the U.S. allegations that Cuba bears responsibility for attacks with a strange sonic weapon that have affected at least 22 embassy officials or spouses — some very seriously — and you'll likely be met with laughter.

"I don't believe any part of it," said Luis Felipe Gonzalez, a 59-year-old taxi driver, as he waited for customers nearby. "It's absurd propaganda."

"It sounds like Star Wars," said Dayan Rosete, a 23-year-old language student, as he stood chatting with a friend in front of the Habana Libre hotel.

Cuban skepticism reflects an increasingly assertive stance by President Raul Castro's government, which has gone in three months from issuing statements of deep concern about the attacks to questioning whether they even occurred. While the Cuban media diet has diversified with the spread of internet access around the country over the last three years, most Cubans still get their news from state-controlled media that function fundamentally as outlets for such statements from the government.

The Cuban Ministry of Foreign Relations said after the attacks became public in August that "Cuba has addressed the matter with the utmost seriousness and has acted swiftly and professionally to clear up the situation."

It ended its statement saying the government "reiterates its willingness to cooperate to clear up the situation."

In September, Cuban Foreign Minister Bruno Rodriguez requested an urgent meeting with Secretary of State Rex Tillerson, leading State Department officials to surmise that he might be coming with information uncovered by Cuba about what had occurred, or other new developments to share with the U.S., an official familiar with the meeting said.

Instead, Rodriguez once again said Cuba hadn't committed the attacks and don't know who did. Rodriguez also appealed to Tillerson not to overreact by closing down the embassy, as Tillerson had said was under consideration, according to the U.S. official, who wasn't authorized to discuss the meeting publicly and requested anonymity.

By the time the U.S. pulled staff from Havana last month and expelled Cubans a few days later, Rodriguez was striking a different tone, calling the attacks "alleged incidents" and blaming the United States for impeding the investigation by failing to share information with Cuba.

Other Cuban officials went even further.

"Even Star Wars didn't contain such fantasies," Raul Castro's daughter Mariela, a legislator and head of Cuba's sexual education agency, said in a Sept. 26 interview with Al Mayadeen, a Beirut-based pan-Arab news agency close to Hezbollah and the Syrian government. The American government, she said, "will use any lie, any absurdity, to justify their political vandalism."

The same tone was struck on Sunday by Miguel Diaz-Canel, the first vice president widely expected to succeed Raul Castro when he steps down as president in February.

"A few spokespeople and media outlets have lent themselves to divulging bizarre nonsense without the slightest evidence, with the perverse intention of discrediting Cuba's impeccable behavior," Diaz-Canel said in a speech in the central city of Santa Clara.

The government rhetoric is echoing in public opinion about one of the worst diplomatic crises between the U.S. and Cuba since Cuba shot down two planes operated by Cuban-American exiles in 1996, provoking stiff new sanctions from the U.S.

Cubans' doubts have been infused with rising anger since the U.S., along with the decision to reduce more than half its diplomatic staff in Havana, stopped issuing visas there and warned Americans against traveling to Cuba.

The halt has dashed tens of thousands of Cubans' hopes of visiting family abroad in the coming months, and dealt a grave blow to a burgeoning private tourism industry that had been flush with American cash.

US cuts embassy staff, urges no travel to Cuba