'State-of-the-art' hospital for Sangre Grande by 2022 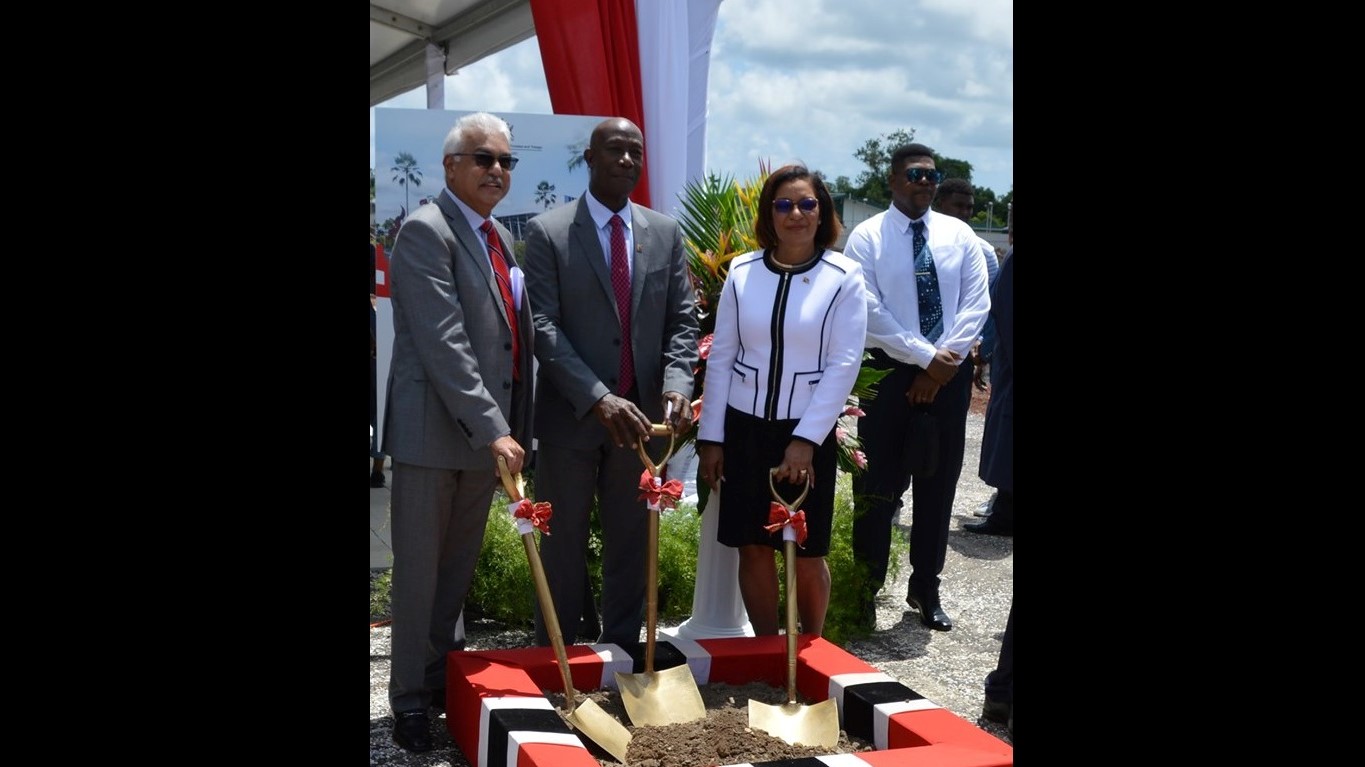 Residents of Sangre Grande and environs are set to benefit from a new, state-of-the-art, billion-dollar hospital facility that is to be delivered in 2022.

Prime Minister Dr Keith Rowley turned the sod for the project on Friday, during a ceremony at the site situated just behind the existing hospital facility.

The new hospital will be a three-storey building with a capacity for 106 beds. The project is being undertaken by Austrian firm Vamed Engineering, with loan funding from the Austrian government.

Speaking at the ceremony, Rowley said the hospital is an extension of the government's efforts to bring development to the East.

He noted that there are other projects underway including the upgrading of road infrastructure and the proposed Toco port, which are intended to bring commercial activity to remote areas in the East.

However, he chided citizens who he said continuously "bad talk" the country as though they are living in a "hell hole".

The PM said he was disappointed to hear a caller on a local radio show last week criticising his comments at the United Nation's General Assembly meeting in New York, where he spoke on T&T's poverty eradication programmes.

Rowley said the caller was angry and irate because she felt there were no poverty eradication programmes in T&T.

He, however, pointed to the delivery of old-age pension and other social programmes available to citizens. He said these are initiatives that many countries in the region do not offer their citizens. He urged T&T citizens to be more grateful.

“We are a people who are raising our children...some of us have been raised in an environment of entitlement," he said.

“Education is free, yet you take it for granted and bad-talk the country at every opportunity. Yes, we have a lot of problems and a lot of things are far from perfect, but this constant bad-talking of your country as if you are living in a hell-hole...”

He noted that the existing facility is old and many wards were constructed using shipping containers, resulting in a jumbled "maze".

The new facility will be "campus-style”, he said.

It will cost taxpayers an estimated $1,059,876,562.50, VAT inclusive. This represents the total cost of construction and outfitting.

Deyalsingh said the Sangre Grande hospital will be an exact replica of the Point Fortin hospital which will save the country money on commissioning a new design.

Vamed Engineering is also the contractor on that project which Deyalsingh said will be delivered within the first quarter of 2020.

The new Arima hospital facility is expected to be delivered before the end of the year and the Diego Martin Health Centre will be opened in August 2020, he added.

Rowley is also expected to turn the sod for the construction of a new 540-bed Central Block at the Port of Spain General Hospital later this month.