State of Emergency declared in Dominica as island braces for Isaac 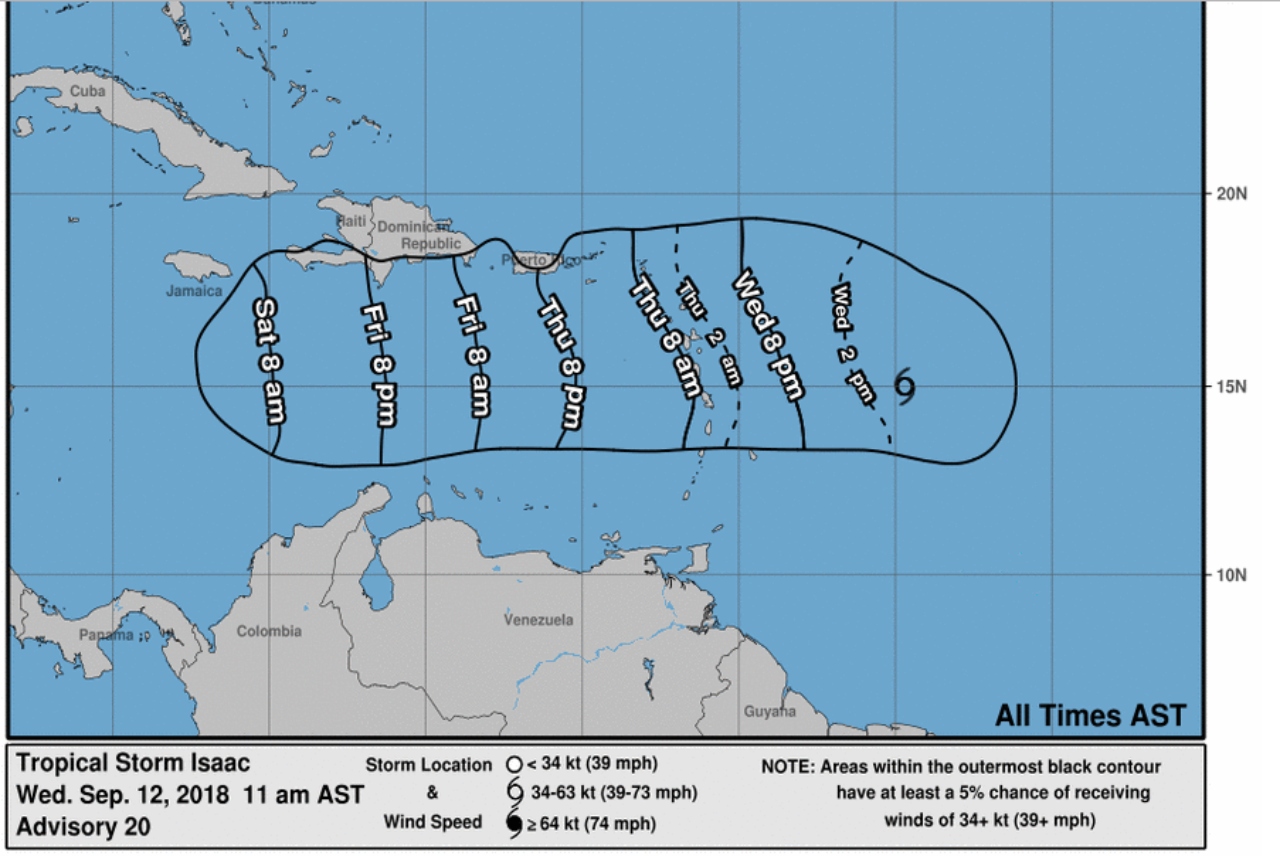 A state of emergency has been declared on the island of Dominica.

This, as Tropical Storm Isaac heads towards the island still recovering from the wrath of Hurricane Maria last year.

Marshall Alexander, Acting Chief Meteorologist, said the centre of the storm is expected to pass over the island on Thursday morning and effects from the storm will be felt tonight.

Speaking at a press conference on Wednesday afternoon, Rayburn Blackmoore, Minister for Justice, Immigration and National Security, said the Commonwealth of Dominica Police Force has advised President Charles Savarin that a state of emergency should be declared in Dominica.

The SoE will run from midnight Wednesday to noon on Friday, September 14.

An island-wide curfew will be in effect during the same period.

He said these measures are being put in place to protect the citizens of the country.

He said persons found in violation of the curfew will be arrested.

Police Superintendent Richmond Valentine said police officers will be deployed island-wide to ensure the environment is safe and secure.

He said people without a valid curfew pass must remain.

Glenroy Toussaint of the Emergency Shelter Committee said a list of shelters is available on the homepage of the Dominica Government website.

He said all shelters will be open from 6 pm and warned that the laws of the state will be enforced.

He said no weapons, smoking and alcohol will be allowed.