Steelbands no longer allowed to change songs during competition 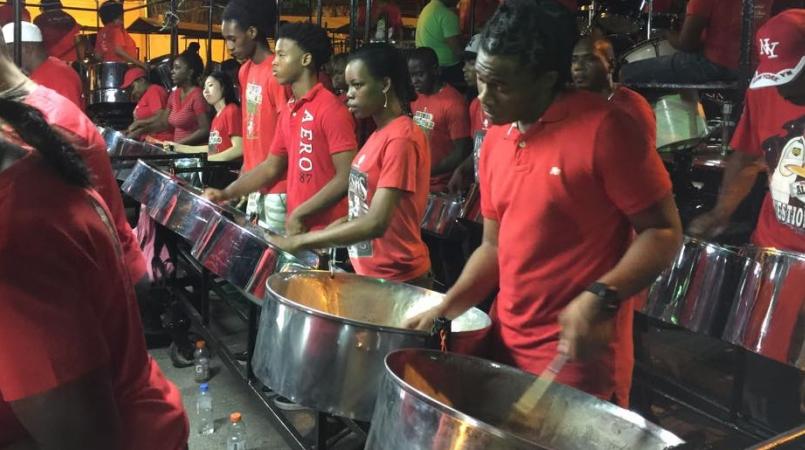 Steelbands will no longer be allowed to change their songs during the Panorama competition.

Pan Trinbago President Beverly Ramsey-Moore said on Thursday that their rules have been updated to prevent bands from changing their songs during the competition.

"We have placed it in our rules that once you choose a song you go straight through the competition with that. Panorama is an educated festival, it's one where the judges gives you comments so you could improve on your song," said Ramsey-Moore.

The semi-finals of the Small Conventional Steelbands take place on Saturday afternoon with 31 bands battling for the top 14 spots in the Grand Finals one week later.

Under its new format, Panorama began in November last year with the single pan competition and the preliminaries of the small band category.

Ramsey-Moore said the theme for Panorama is 'Celebrating Pan'.

However, the competition is taking place without the annual Government allocation.

"This is a major achievement because you knwo there is a narrative out there that has been created about pan and being dependent on everything. We have seen the resilience of our memebrship and we want to thank the members of the single pan grouping who performed without receiving their assistance and prize money and we want to say to the small bands that will be performing on Saturday that we are here to give you strength even though they are disgruntled because we are going into the semifinals on Saturday and we cannot tell them that they are going to receive their mobilisation money to bring them here," she said.

Ramsey-Moore said she spoke to the Minister of Culture who assured that she will do all in her power that there will be a cash release by today.

Speaking about the national finals of the Medium bands in Tobago on February 16, Ramsey-Moore said this will be the first major national competition to be held on the sister isle.

"We term that as our pan tourism event," she said, noting that the event has major support of the Tobago House of Assembly.

Here are the dates for Panorama 2020