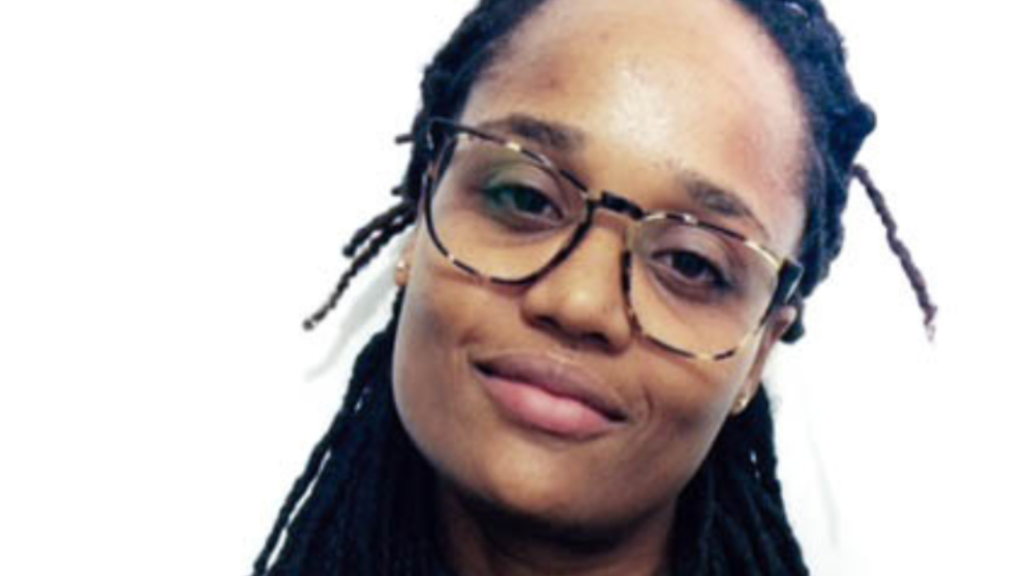 On November 2, Martinican filmmaker Stéphanie Saxemard will take us back to Dominica in September 2017 during the harrowing days following Hurricane Maria.

In her documentary "The Sea Between Us",  the eye of category 5 Hurricane Maria has just struck the island of Dominica head-on. For several days following the storm, the island is engulfed in silence, completely cut off from the rest of the world. A group of people in the neighbouring island of Martinique decide to brave the stormy waters of the Dominican channel to establish communication with the island.

Saxemard takes us behind the scenes of making the film, sharing details on what it took to capture the devastating storm and its aftermath.

1. At what point did you know you were going to make a film in the wake of Hurricane Maria?

Initially, I started working on a film project in September 2015 after tropical storm Erika hit Dominica. What happened that year was very shocking for everyone in Martinique -an entire village was buried under the mud. My friends and I who you see in the film organised a large scale relief operation to help the people of Dominica.  We decided to make short videos to publicise the operation on social networks. I ended up documenting the whole operation with the intention of making a documentary about solidarity and how we are able to organise and do great things together in Martinique. I spent a couple of years going back and forth in my rushes without ever finding the true story I wanted to tell.

I didn’t really know that I was about to shoot a film in the wake of Hurricane Maria. My main desire was to document what we were doing. The moment I knew I was going to make "The Sea Between Us" occurred when communication had been cut off with Dominica and we felt like we were suspended in space and time. At this moment, I knew that this was the film.

2. Being in Martinique and so close (93.7 km) to Dominica during the hurricane, were you afraid? And how did that affect your approach to the film?

Hurricane Maria was set to hit Martinique directly and this is what I had decided to document. Instead, the hurricane changed its course.  I wasn’t afraid but, in the light of what had just happened a week before with Hurricane Irma, I knew we had to be very careful. In the film, I wanted to show the feeling of powerlessness when faced with the force of nature. We could only wait and see.

3. What was it like getting to and being in Dominica post-Maria? What was the most shocking thing?

The calm after the storm was the most disturbing feeling. The crossing of the Dominican channel by fishing boat went very smoothly and because of that we didn’t know what to expect at all. But the moment we saw from afar the treeless mountains and the brown colour of the Nature Island we knew that something terrible had happened. Everything we saw after that was just the painful confirmation of this haunting sight.

I have very strong ties with Dominica, I have family there and it’s a place I love very much. Seeing it in such a state of profound devastation was deeply heartbreaking and shocking. More than any other emotion, this is the feeling that persisted weeks after our first visit. It was something I had never felt before, a feeling of deep despair.

4. From your experience, what are some of the most important considerations in documenting the aftermath of a natural disaster?

Our journey took place during a state of emergency. We were determined to get to Dominica and understand what was going on. This meant that we had to act quickly and take serious risks. You have to think through the decisions you make and their implications for everyone involved. You have to consider the possible consequences of entering this space where something dramatic has unfolded, the effect it will have on you, on the people you meet and the people you film. As a filmmaker, documenting after a disaster, you will have to find the balance between empathy and the need to document and tell the story.

5. How do you think your academic/professional human rights background shapes your perspective as a director?

I have always been drawn to certain issues and people stories: stories that are linked to migration, movement, identity and people evolving in their environment, how they shape it and how it shapes them. It is because of this, I trained and worked in Human Rights so naturally it does shape the stories I want to tell and the way I see and tell stories. It is also why I became a filmmaker, because of my conviction of the power of the moving image to change the world and the impact it can have on people’s lives.

6. What do you see as the link between environmental and human rights issues? Do you see it as your responsibility to make the link for your audience or do you prefer for them make it themselves?

Environmental issues have become Human Rights issues. It is difficult to separate the two. Environmental issues have a massive impact on people’s lives and wellbeing. When a storm like Maria hits a small island like Dominica, for example, and provokes a wave of forced migration, the effects on individuals are deep and far-reaching. People’s access to basic human needs are destroyed or seriously threatened.

I see it as my responsibility to tell the story in a way that people can make the link themselves. If we can create links for ourselves, however, we are more likely to see how this event happening elsewhere is related to us and to our own humanity, and we are more likely to do something about it.

7. Has the experience of making this film changed you? If so, how?

Films are like encounters. Some are disagreeable, some are pleasant, others are moving. Every encounter changes you in different ways. Even before knowing what I would find in Dominica, I knew I had to make the film because that story needed to be told and that I had to tell it because it was my story. Largely due to the context, my encounter with "The Sea Between Us" was an intense one even through the last stages of the project.

It was kind of like being thrown on a rollercoaster ride with no warning. As a filmmaker, it was a deeply humbling experience. I witnessed firsthand the power of human kindness and solidarity, the saving grace of dignity when all is lost, the strength of a genuine smile even as the world lies in ruins. If anything, this film reinforced my determination to use filmmaking as a tool to tell the stories I feel need to be heard.

8. Having seen the devastation so up close, do you now feel a greater sense of urgency over the Caribbean's reality/vulnerability?

Definitely. Last year was devastating. Seeing so much loss of life, people losing their loved ones and their homes in so many countries (Barbuda, Puerto Rico, Saint Martin, Dominica) reminded me of just how vulnerable we all are no matter where we are from, no matter how prepared we think we are.

9. This is the Caribbean premiere of your film, what kind of reception do you expect or hope for from a Caribbean audience, in comparison to a European one?

I think it is always difficult to grasp the scale of a human disaster if one has not lived it themselves. This is the hard part of telling a story, it is conveying, helping the public to understand and see.

I would like the public to have a sense of the urgency we are living with presently and be aware of the vulnerability of our island nations. I also would like them to see the strength of our Caribbean people. We are small isolated islands only if we choose to be. The sea between us can be the chasm that divides us or the bridge that links us together. It is up to us to decide.

10. As a documentary filmmaker, do you ever struggle to balance the tension between art and activism in your work?

I think art is activism just because I make art not to stay silent. From that point, I let the story shape itself. I think the end result is what it is, however artistic or activist. What is most important is what needs to be said and shown is given a voice.

The Caribbean premiere of "The Sea Between Us" will take place on November 2 at 4:30 PM at LofTT Gallery, upstairs Drink Bistro, 63 Rosalino St, Woodbrook. The screening is free to the public.