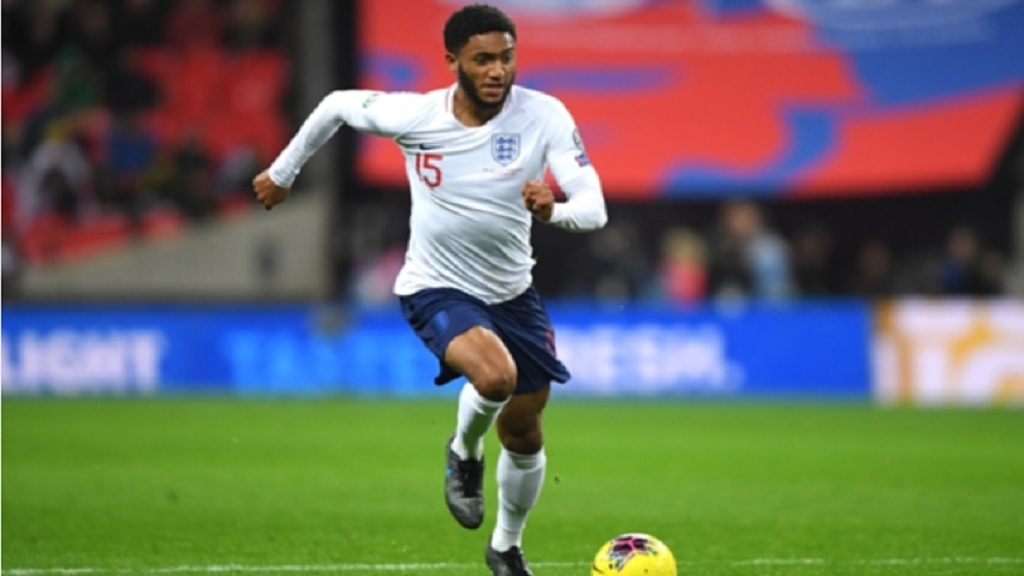 Raheem Sterling criticised a section of England fans for booing Joe Gomez during Thursday's 7-0 win over Montenegro in Euro 2020 qualifying.

Gomez was jeered when introduced in the second half at Wembley, where England's dominant victory booked their place at next year's tournament.

The Liverpool defender was involved in a clash with Sterling leading up to the encounter, with the Manchester City star dropped by England after the incident.

Sterling was unhappy with the England fans who targeted Gomez, saying the 22-year-old had done nothing wrong.

"To all the England fans, I wanted to leave things at [sic] it was but tonight I have to speak again," he wrote on Twitter.

"It was hard for me to see my teammate get booed for something that was my fault.

"Joe hasn't done anything wrong & for me to see someone who keeps his head down and work hard especially after a difficult week for him to be booed when he came on tonight was wrong.

"I've taken full responsibility and accepted the consequence. I felt as though I had to say this get home safe every one."

England's win was their sixth in seven Group A matches as they sealed a spot at Euro 2020 in what was the nation's 1,000th game.

Harry Kane scored a hat-trick against Montenegro, to go with efforts from Alex Oxlade-Chamberlain, Marcus Rashford, Tammy Abraham and an Aleksandar Sofranac own goal.

Raheem Sterling suspended by England after bust-up with teammate