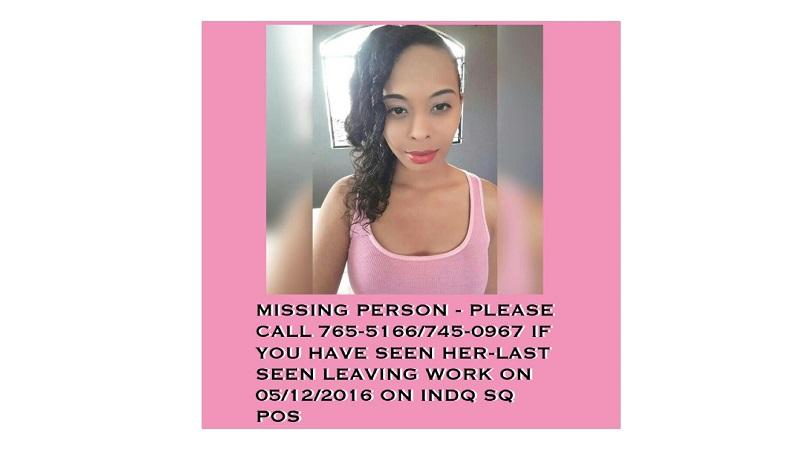 So far, there have been no updates on the whereabouts of missing woman, Shannon Banfield, since she disappeared on Monday evening.

Photos have been shared online asking citizens if anyone has seen her or has information after she left her workplace at Republic Bank Ltd in Port of Spain on Monday afternoon, but never arrived at her Santa Cruz home that night.

Her mother, Sherryann Lopez, said to media that she received a phone call from Banfield's mobile phone on Monday night, during which she heard a Jamaican accent speaking in the background.

When Banfield failed to arrive home, the family contacted the police.

In 2015, over 700 missing persons cases were reported to the police.