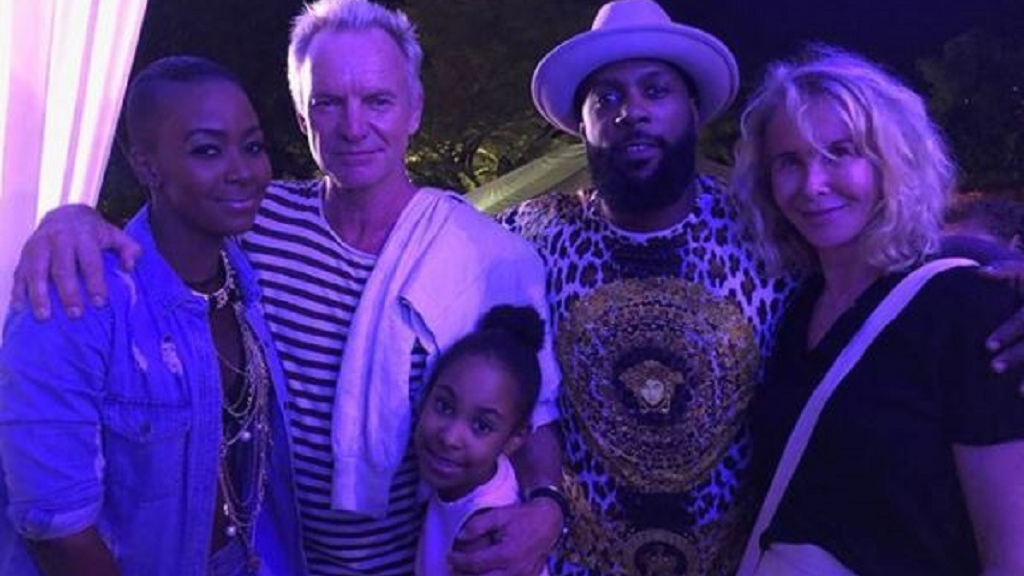 Dynamic soca star Fay Ann Lyons hinted that rock star legend Sting just might take a visit to Trinidad and Tobago in the near future, after she and husband Bunji Garlin took over the stage at Saturday's 'Shaggy and Friends' fundraiser concert in Jamaica.

Lyons posted a photo to her Instagram account saying she almost fainted upon meeting the rock star, also hinting that he might be making a trip to T&T soon.

"Met #Sting and his amazing wife. I was soooo excited to see him ...then he tells me he and his wife think I’m awesome and I almost fainted! I got lots of compliments in my lifetime...but when STING tells you you’re awesome and loved your performance, that definitely SAYS a lot! #happylikepappy #Stinglikesfayann #welovesting #teamshaggy4kids #Shaggyandfriends #AzaSefu #AzaEmpire oh and he’s coming to Trinidad! @bunjigarlin stay Weird ...the right ppl love it!" 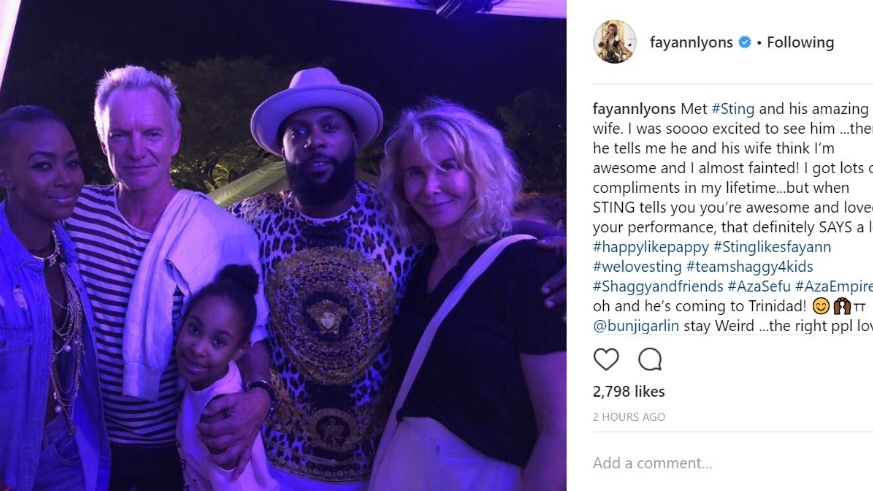 The Viking family also posed with Wyclef Jean, who loved the family, as Lyons and Bunji also brought along their daughter Syri. 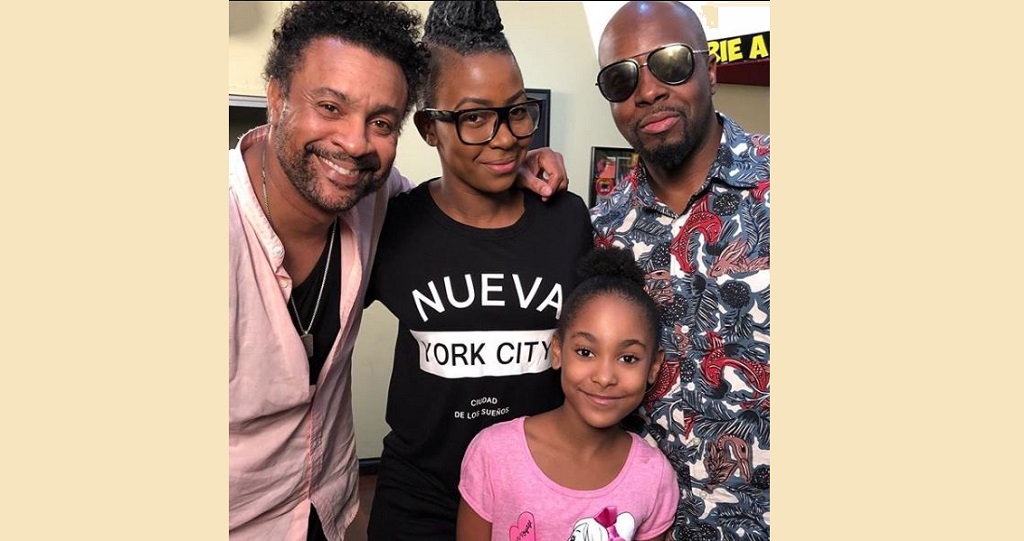 Shaggy and Friends is a biennial charity concert that raises funds to donate equipment and supplies to the Bustamante Children's Hospital in Jamaica, the only children's hospital in the region. 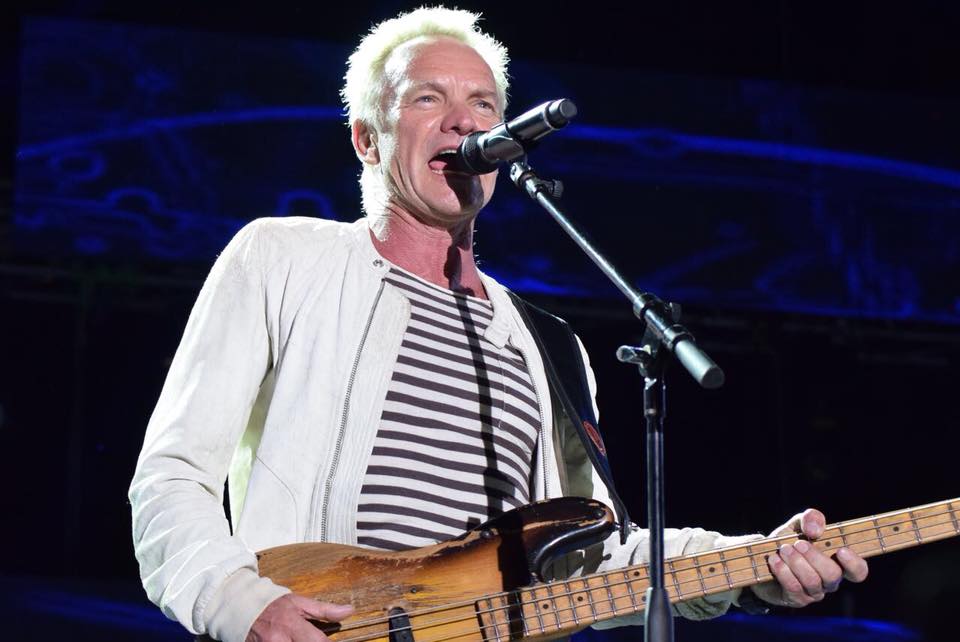 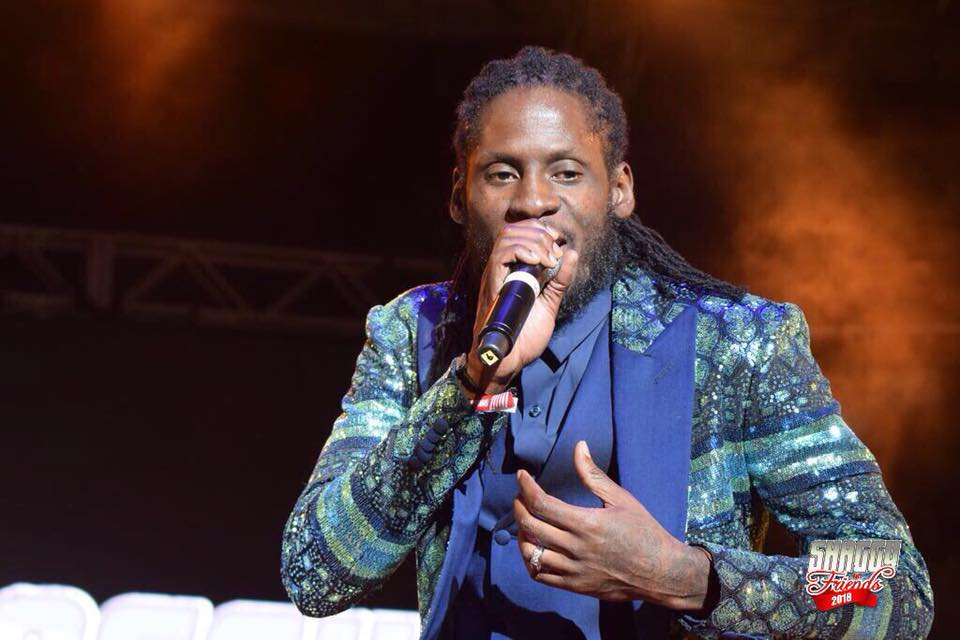