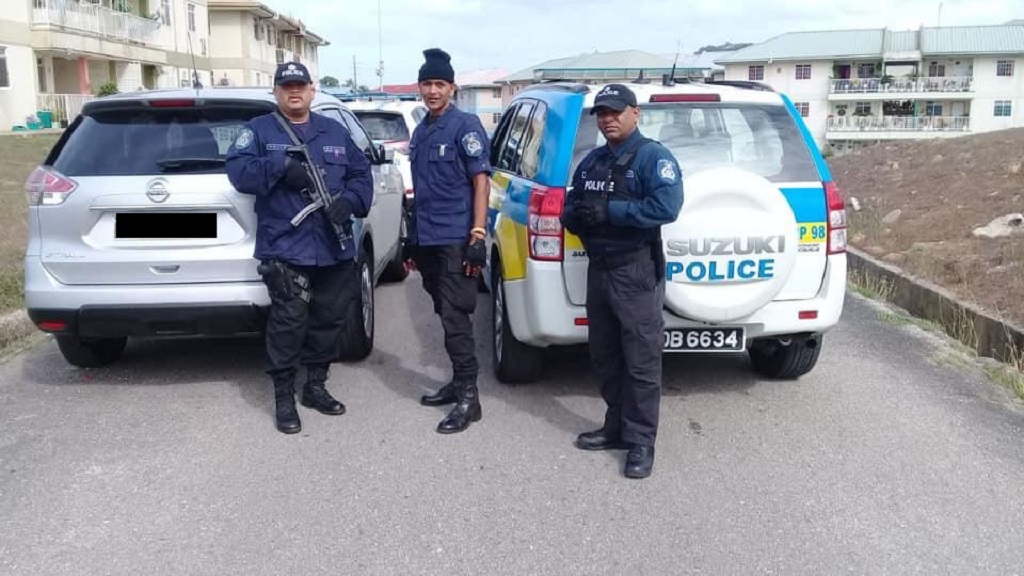 The quick actions of officers of the Emergency Response Patrol Unit (ERP) led to the recovery of a vehicle moments after it had been stolen at gunpoint.

The vehicle, a Nissan X-Trail, was stolen around 9:00 pm on Friday in Pleasantville, during a robbery where an armed man robbed a woman of her vehicle as well as her cash.

The police were notified, and a team of officers including PC Khan, PC Ramcharan, and PC Sujeet, responded.

The officers received reliable intelligence which led to the recovery of the vehicle along Ankara St, Corinth Hills.

The vehicle was intact and is expected to be reviewed by crime scene investigators in an attempt to identify the suspect/s.