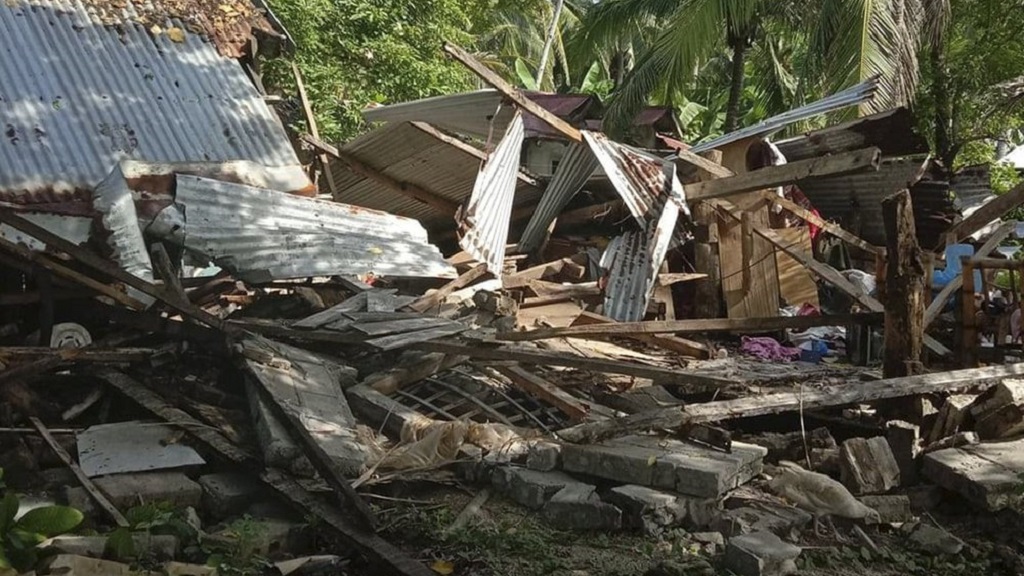 In this photo provided by the Philippine Red Cross, a toppled house is seen after a quake struck in Cataingan, Masbate province, central Philippines on Tuesday Aug. 18, 2020. A powerful and shallow earthquake struck a central Philippine region Tuesday, prompting people to dash out of homes and offices but there were no immediate reports of injuries or major damage. (John Mark Lalaguna/Philippine National Red Cross via AP)

A strong earthquake jolted the central Philippines on Tuesday morning, damaging homes, roads and bridges and killing at least one person and injuring several others.

A three-story house collapsed in the coastal town of Cataingan as the ground shook.

A retired police officer pinned in the debris died, and rescuers were looking for other members of his family who may be trapped.

At least 25 people were injured by the quake in Masbate province, according to disaster-response officials.

Several houses and low-slung buildings were damaged, as was a seaport. 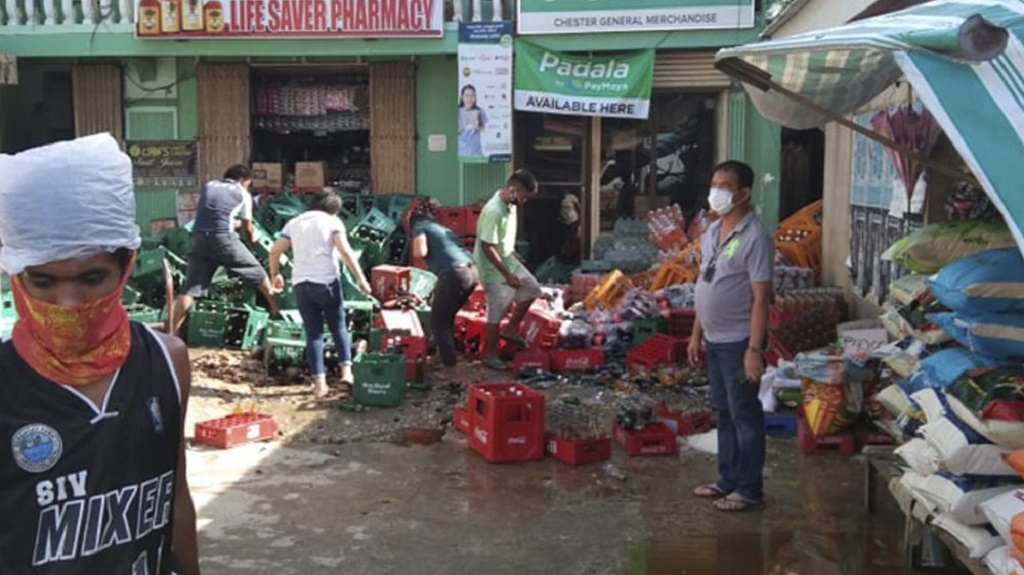 The 6.6 magnitude quake hit about 5 kilometres (3 miles) from Cataingan at a depth of about 21 kilometres (13 miles), the Philippine Institute of Volcanology and Seismology said.

Cataingan resident Isagani Libatan said he was on his way to his aunt's house for breakfast when his motorcycle suddenly swayed from left to right as the ground heaved.

"I thought it was my tire but people suddenly streamed out in panic from swaying houses then we lost power," Libatan told The Associated Press by telephone, pausing briefly as he felt another fairly strong aftershock.

The earthquake was set off by movement in the Philippine Fault, said Renato Solidum, who heads the government institute. It was felt in several provinces across the central Visayas region.

The Philippines lies in the Pacific "Ring of Fire," an arc of faults around the Pacific Ocean where most of the world's earthquakes occur.

It's also lashed by about 20 typhoons and storms each year, making it one of the world's most disaster-prone countries.