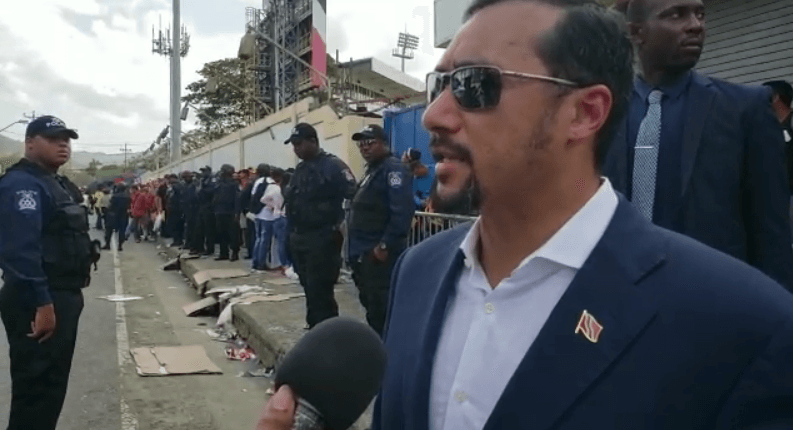 There are currently no plans to increase security at the Venezuelan Migrant Registration Centres in both Trinidad and Tobago.

Responding to a question in the Senate on Wednesday, National Security Minister Stuart Young said arrangements for security would be adjusted on immediate needs.

"The security was increased and has been increased over time, depending on what it is needs to be dealt with at the specific venues."

The Minister noted that the Police Service and the Defence Force personnel who were on the ground at the Queen's Park Oval, Port-of-Spain on Tuesday took decisions of their own volition to increase their numbers and to increase the strength there - which continued on Wednesday.

Tomorrow is the final day of the registration process.

Minister Young has maintained that there will be no extension of the two-week registration exercise. The law reverts to what is currently in place from June 15.