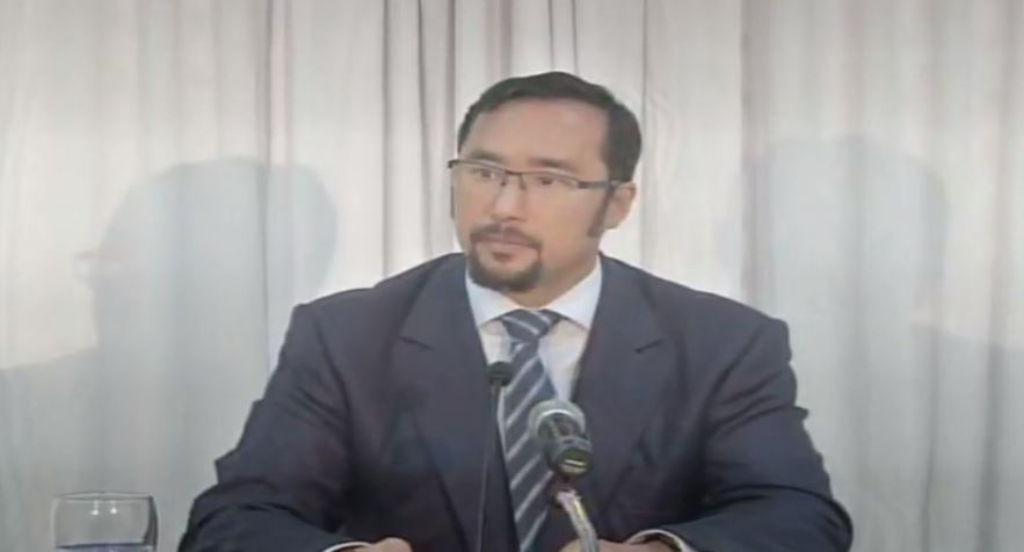 National Security Minister Stuart Young is seeking to assure the public that the two children who are being repatriated from war-torn Syria back to Trinidad and Tobago, will be assessed and subsequently monitored by law enforcement and intelligence agencies in Trinidad and Tobago.

Minister Young made the revelation during a media conference held at the National Security Ministry on Wednesday.

"Anyone returning, including minors, from these zones where they could have been exposed to some of the ills of those zones, will be monitored. All of these persons will be monitored by law enforcement in Trinidad and Tobago and the simple reason for that is to ensure the protection of the public interest and to ensure the protection of the other citizens in Trinidad and Tobago."

The brothers were allegedly abducted and taken to Syria allegedly by their father in June 2014.

There have since been reports that their dad has passed away, however, Young says this has not yet been confirmed.

“When you hear about foreign terrorist fighters who may be nationals of Trinidad and Tobago dying out on the battlefields, very often it is difficult unless the US authorities or the British authorities or other allied authorities are able, through their forces on the ground, to verify this for us for it to be verified.”

"We’ve had a particular individual who became a poster boy for ISIS and on numerous occasions, there were suggestions that he died out there. As at this time it is still unconfirmed and I have asked those specific questions on my trips to both London and Washington DC. So the point, why I give you all of this contextual background is for you to understand that it is not an easy exercise nor does Trinidad and Tobago have the resources, to ourselves, to verify what is going on in Syria and Iraq.”

Minister Young also defended the Government's handling of the boy's alleged abduction from Trinidad and Tobago and denied that there was no effort to assist.

He said, in fact, the boy's mother appeared "unenthusiastic" to receive them.

“When we approached the mother, there was a very unenthusiastic response. The mother has remarried etc, I don’t want to get into too much of her personal life but we found that there did not seem to be any level of anxiety or any level of wanting to get the children back in a hurry and of course, that all has subsequently changed as soon as the media got onto it and I guess I could understand so it is completely wrong to say that the Government was not doing anything. We were carrying out very complex investigations.”

Young also said they have been unable to find any police record of any report being made in 2014 to today’s date, of these children being abducted by their father.

Meanwhile, he explained that based on international media reports, the boys were reunited with their mother who med them in Syria and are might arrive in Trinidad tomorrow.

A unit called 'Team Nightengale' has been set up to assess the children.

"Initially on these children’s return to Trinidad and Tobago which may very well be tomorrow, an assessment of the children will be done. We will ask for that assessment to be done consensually. I was instructed today that we go to court to seek an order, I don’t want to speak about it because I don’t want to prejudice the court hearing but I want you the citizens to know that the government and the authorities are doing everything within their power to act responsibly to ensure that these children are assessed immediately upon their return, if it can’t be immediate because we understand it’s been a long journey and there would have been a lot of trauma, that they can be assessed in the shortest possible time frame to understand where they are because ultimately we would like them to return to a normal way of life."

The Minister said the Government intends to offer the boys and their family the help they may need to cope and move forward.

"Any assistance that may be needed, including psychological assistance, as best as we can provide, to please keep in contact with us because we are concerned about the welfare of these two young boys and their reintegration into Trinidad and Tobago’s society."

And in taking shots at the media, Minister Young condemned the publication of the children's photographs.

He said it was irresponsible reporting and pleaded with media practitioners to do what is necessary to protect the boys from ridicule and potential harm.

"I am pleading to you now the members of the media going forward because these children will arrive back on our shores, please respect their privacy and not only respect the privacy of these young children, take your duty further as is required in some jurisdictions by legislation and protect the privacy of these young boys because part of what we now owe them and the responsibility we now have is to reintegrate them as best as is possible, back into society and by publishing their photographs as clearly as is being done and has been done, it has done the exact opposite."