Stuart Young denies statements attributed to him by TV6 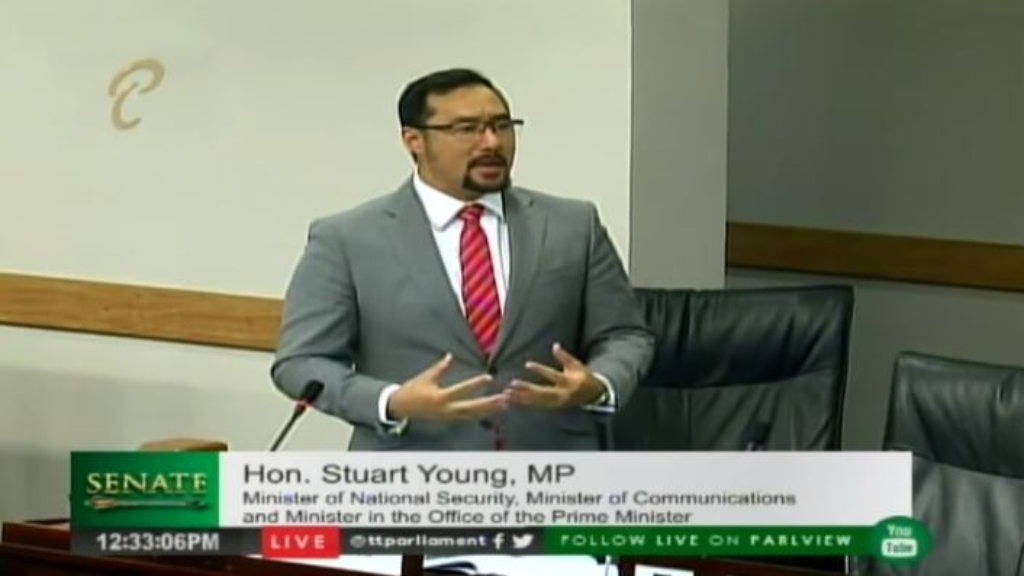 National Security Minister Stuart Young is calling on television network, CCNTV6, to immediately remove a story titled “Prison Officers will now have firearms at ALL times in their possession" which he said was "inaccurate".

In a statement issued to members of the media on Friday, Young said he saw the report which was published on social media.

The National Security Minister said the post and story suggest that he made this revelation during his contribution to the budget debate on Friday. However, Young said this was not the case.

“I hereby seek to correct this misrepresentation and state that I did not say any such thing whatsoever and would never make such an irresponsible statement. This is a complete misrepresentation of what I said in my contribution to the Budget Debate in the Senate today. I have asked CCN TV6 to immediately remove this post.”

But what did he say?

During the budget debate in the Senate, Young announced that a “keep and carry” system will be implemented to allow Prison Officers to carry a state-issued firearm while off duty.

“In the various services, there is something called a keep and carry which is an opportunity or an ability to carry a service firearm when you are off duty. This is something that I have already taken the steps to implement. I’m happy to announce that we’ve procured or we are in the process of procuring 200 to 250 handguns immediately to assist the prison service in increasing their keep and carries,” he said.

The Minister said he held discussions with the Prison Officers Association about the decision.

The announcement comes on the heels of the shooting deaths of two prison officers in two weeks.