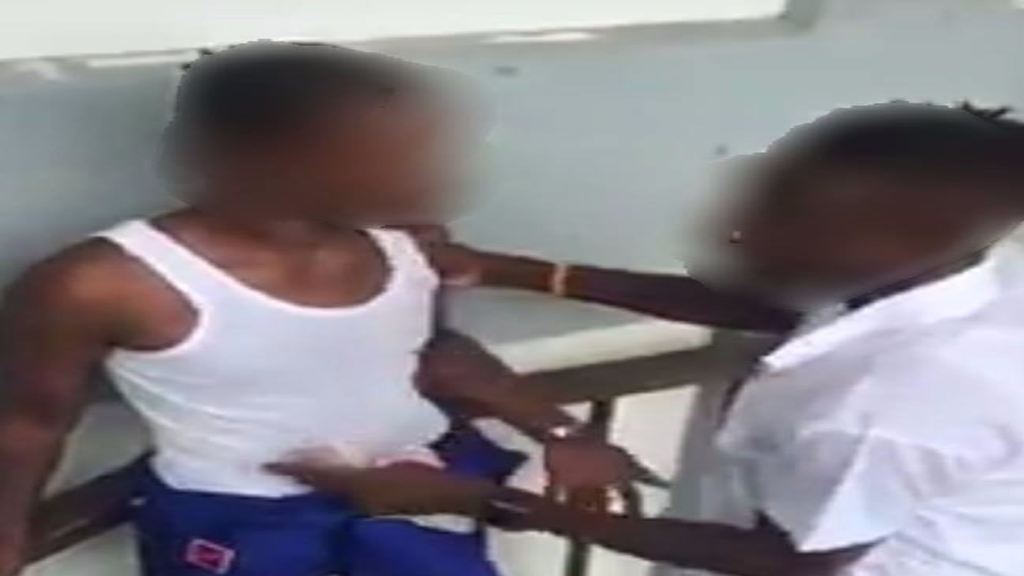 Why did the victims of bullying at the Siparia West Secondary School not report the incidents to authorities?

This is the question being asked by the Ministry of Education following several videos showing students engaging in violent acts on the school's compound, which circulated on social media over the weekend.

While four of the students have now been suspended, Chief Education Officer Harrilal Seecharan and Permanent Secretary Lenore Baptiste-Simmons questioned why the victims had kept silent about the attacks.

"What was surprising to us is that the victims did not report, we don't have reports from the victims," said Seecharan.

"It was only with the intervention of the police that we sought to get statements from some of the victims and that would have contributed to us not being able to respond as quickly as we could have."

Baptiste-Simmons said she too was surprised that none of the victims had made school officials aware of the incident.

"Why is it in our school system our victims are not coming forward? It means that out Student Support Services Division, they have a role to look at that. Why is it our students are being assaulted and no one is coming forward to say anything."

Education Minister Anthony Garcia confirmed that four of the students have been suspended but said police are investigating to determine what charges are to be laid against them.

Police visited the school and took statements from students on Monday.

Expressing shock at the contents of the videos, Garcia said such behaviour would not be tolerated in schools.

"A school must be a place of peace and relative comfort," he stated.

He said the four students would face the "full brunt of the law"  for the acts of violence, extortion, destruction of school property and use of obscene language.

The victims of the attacks will receive counselling, he added.

Despite the incidents, Garcia said the Ministry has been successful in curbing violence in schools.

Seecharan said the Ministry will be reviewing procedures at the school for monitoring of students during lunch and other breaks.

He said there appeared to be a "gap" in supervision that allowed the incidents to take place.

Suspended students in school brawl could be expelled