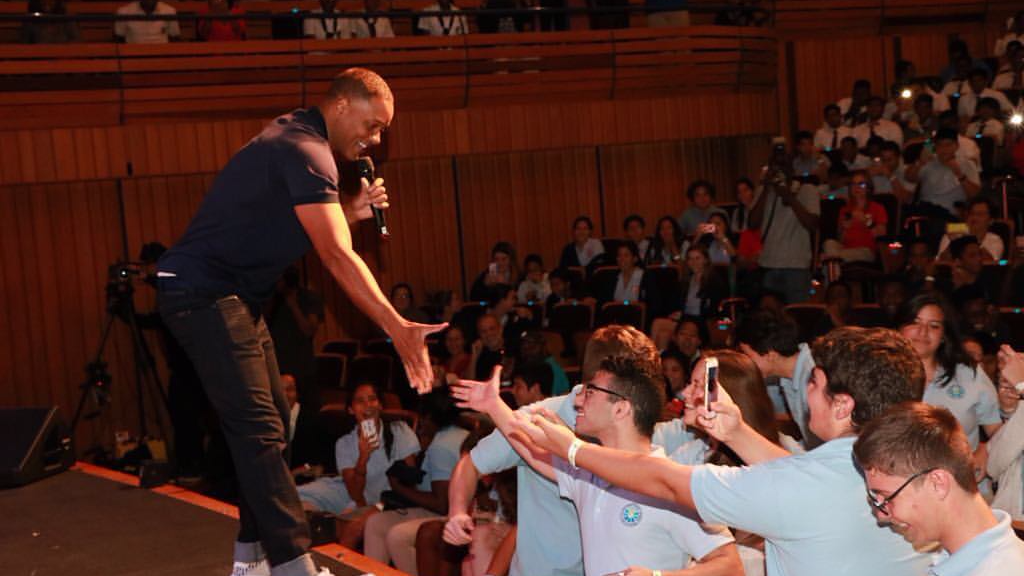 A few lucky students can win the opportunity to visit Will Smith on the set of his next film. This was announced by Decibel Expo founder, Simon Baptiste during the Conference on Thursday.

While full details will be released next week, Baptiste confirmed that only the students from one of the 40 schools who attended the Conference will be eligible to take part.

"The basis is open new avenues for those who are interested in the arts and entertainment industry by giving them a chance to learn more by being on set and meet with the cast and crew.

"Hopefully, it'll inspire them and make them want to come back home and do something more. We want them to explore their passions, and keep them interested throughout the year so they'd be constantly interested in other initiatives we may launch like workshops or job placement programmes.

The announcement was one of several major happenings at the Conference including a panel discussion with Kes The Band. Listed as #TeamUp, the members of the band spoke on what it takes to be a part of one of the most successful bands in soca music.

Queen's Hall Students were beside themselves when 'Ghost Wars' star Avan Jogia and 'Teen Wolf' actor Dylan Sprayberry took the stage, where they spoke about growing up in the entertainment industry, taking risks, juggling school and acting and fielded questions from the budding creatives.

Later in the day, students got up close and personal local social media personalities, including Ro'dey, YouTube vloggers Roxy and Paris and Aruna Maharaj.

The annual event is the only one of its kind geared toward exposing and immersing teens and young adults to the vast career opportunities in the creative arts and entertainment. The four-day event has created a social hub for both established and up-and-coming creatives.

At its launch, Baptiste said that he intended to host the Dream Big Conference in 2019, an event that will comprise of a week-long of advanced workshops around centred around fashion, film, music, dance, and the arts. The conference is an off-shoot of the Dream Big Foundation, one that provides artistic and financial support for young talent. Celeb power couple Will Smith and Jada Pinkett-Smith have both been outspoken supporters of the initiative.

This 'Teen Wolf' star is coming for Decibel Entertainment Festival