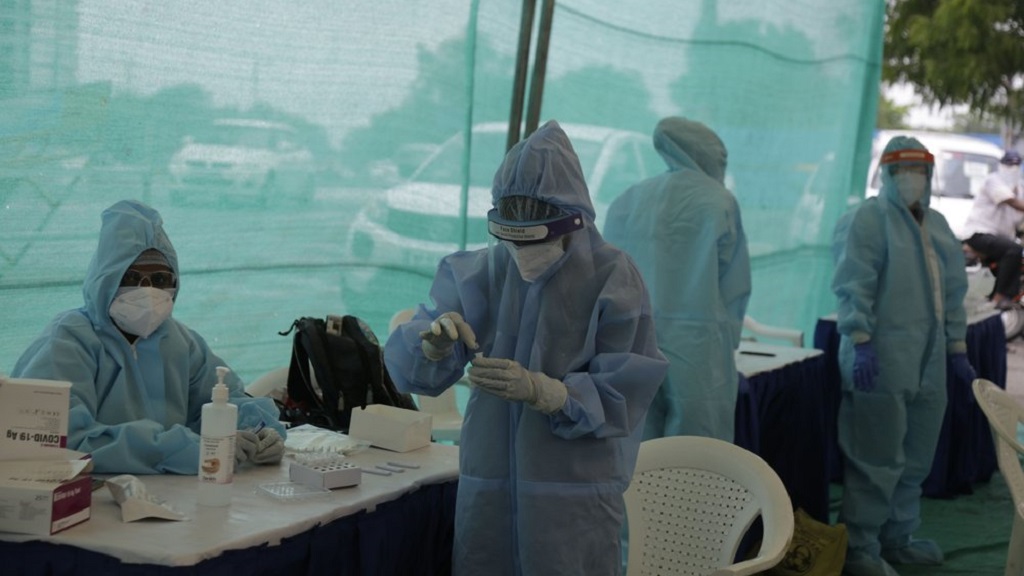 Results of India's first nationwide study of prevailing coronavirus infections found that for every confirmed case detected in May, authorities were missing between 82 and 130 others.

At the time, India had confirmed around 35,000 cases and over 1,000 deaths. The study released Thursday showed that 6.4 million people were likely infected. And the virus had already spread to India's villages, straining fragile health systems.

Experts say the study confirms India's limited and restrictive testing masked the actual toll and underlines the fact that the harsh lockdown was only able to slow the spread of the virus, not sever the chain of transmission.

The study tested 28,000 people for proteins produced in response to the virus in villages and towns across 70 districts in 21 Indian states between May 11 to June 14.

The peer-reviewed study was conducted by scientists from the Indian Council of Medical Research, India's apex medical research body, and published in their in-house medical journal.

Around 70 per cent of those who tested positive during the study were from villages, indicating that the lockdown was unable to stop the virus from entering rural areas. The study found that 16 per cent were from urban slum areas, and the rest from other urban areas.

The study also found antibodies in people who lived in districts that hadn't yet reported a case and didn't have laboratories to test for cases when the survey was conducted.

Experts believe the missed infections likely contributed to the spread of the virus. Although testing in India has since vastly improved, it is now the second worst-hit country in the world, with over 4.5 million cases and more than 76,000 deaths.

But even these results could be an underestimate of how many people were infected in May since the two types of tests scientists used in the study aren't the most accurate, said Dr Gagandeep Kang, an infectious diseases expert at the Christian Medical College in southern Vellore city who wasn't involved with the project.

India's lockdown of 1.3 billion people was necessitated by its initial sluggish response to the virus. But millions lost their jobs, and thousands, fearing starvation, poured out of cities to try and get back to their rural homes.

The economy shrunk by nearly 24 per cent in the last quarter, the most of any major country.

The viral spread to rural areas and small towns as early as May shows that the lockdown was "leaky," said retired virologist and paediatrician Dr T Jacob John.

He faulted the government for not immediately moving away from a strategy of a nationwide lockdown to a more localized approach aimed at trying to balance the management of the disease and keeping the economy alive.

He said that the time for containment had long passed and India now needs to focus on trying to reduce deaths, while tentatively trying to kick-start the economy.

"Now that the horses are all outside the barn, locking the door isn't going to help very much," he said.

India now 2nd behind US in virus cases amid economic pain