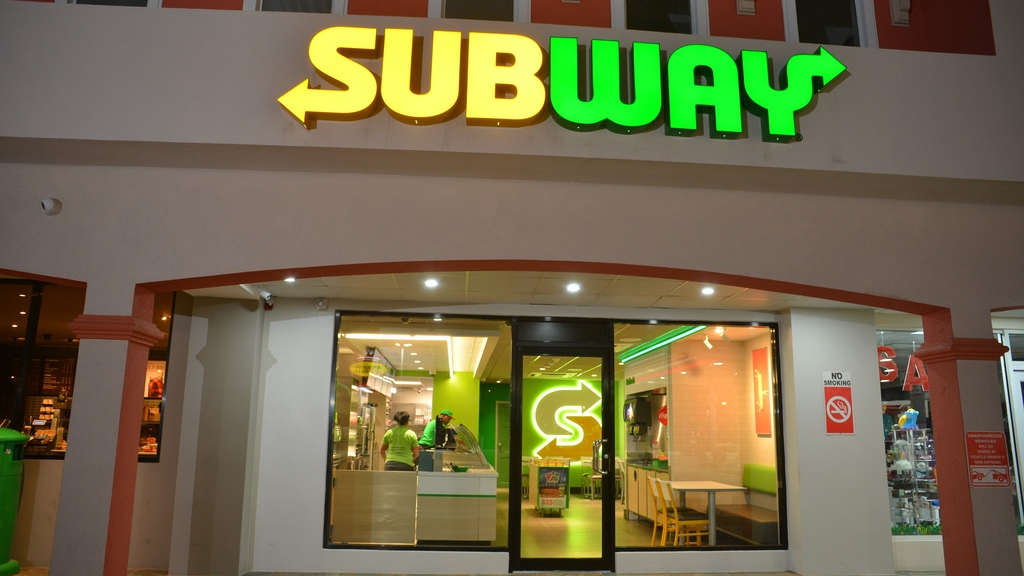 The spanking new Subway restaurant in Sun Plaza near to the Munroe Road Flyover looks a lot different to the other 46 branches.

The restaurant is brighter and airy. Fresh vegetables – cucumbers, lettuce and tomatoes – are showcased on a display unit and the assortment of breads are displayed in a rack with their description and caloric count.

This is the Fresh Forward look, a new design rolled out by Subway globally to revive its brand as it builds its Restaurants of the Future.

There are more than 43,000 Subway restaurants worldwide, each of which will adopt this new look.

The rollout will continue in Trinidad and Tobago with the refurbishment of the existing restaurants. The Sun Plaza branch is the first in the Eastern Caribbean with the new design. 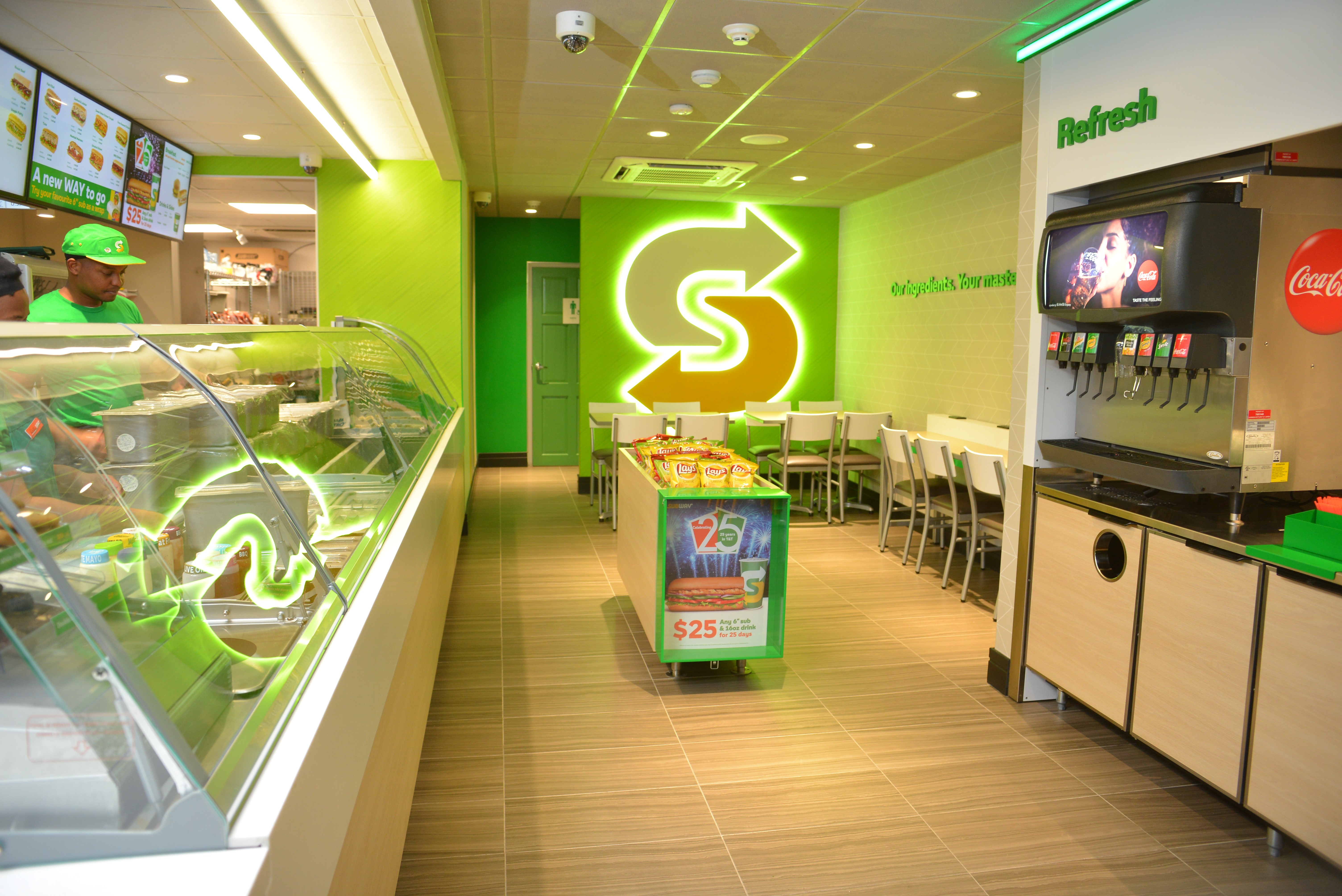 “This location is completely new and what’s going to happen within a certain timeframe is that you will have a refurbishment of the existing ones but it will be a staged process. With 46 restaurants still in the non-fresh forward design it will be a lengthy process,” said Carla Furlonge-Walker, Vice President, Subway.

Taking Loop through the new design, Furlonge-Walker pointed out the fresh vegetable display.

“That is a first for us in Trinidad. They will use product from that unit, it is not just a display unit. It reinforces that we use fresh ingredients,” she said.

“Our front face of the how the vegetables greet you now has a full view, all glass with minimal partitions. You can clearly see your proteins, veggies, sauces make the guest experience very intimate. Our guests are very engaged with the fact that they can see their sub being prepared in front of them. They get to have a say and that is why our product is very personalised,” she said, further pointing out the subtle changes.

The design is very much geared toward luring the customer. The new bread display, the first point of contact for Subway’s guests, as they are called, is considered the image maker. Now that the attendant no longer had to turn his/her back to get the requested bread from the oven, the experience is more enhanced.

“A lot of what we do here is meant to interact with your senses, the smell of bread, cookies, the look and engaging of vegetables. That is where the Fresh Forward term and theme is supported by various points in the restaurant,” said Furlonge-Walker.

Outside of the prep area, there is a centre aisle chips display that becomes a focal point for guests as soon as they enter the door and reinforces the notion that at Subway you can get a full serving of breakfast, lunch, dinner and desserts.

The restaurants will also now cater for those who want to work and hang out with charging ports and Wifi, which is yet to be installed in the new restaurant. 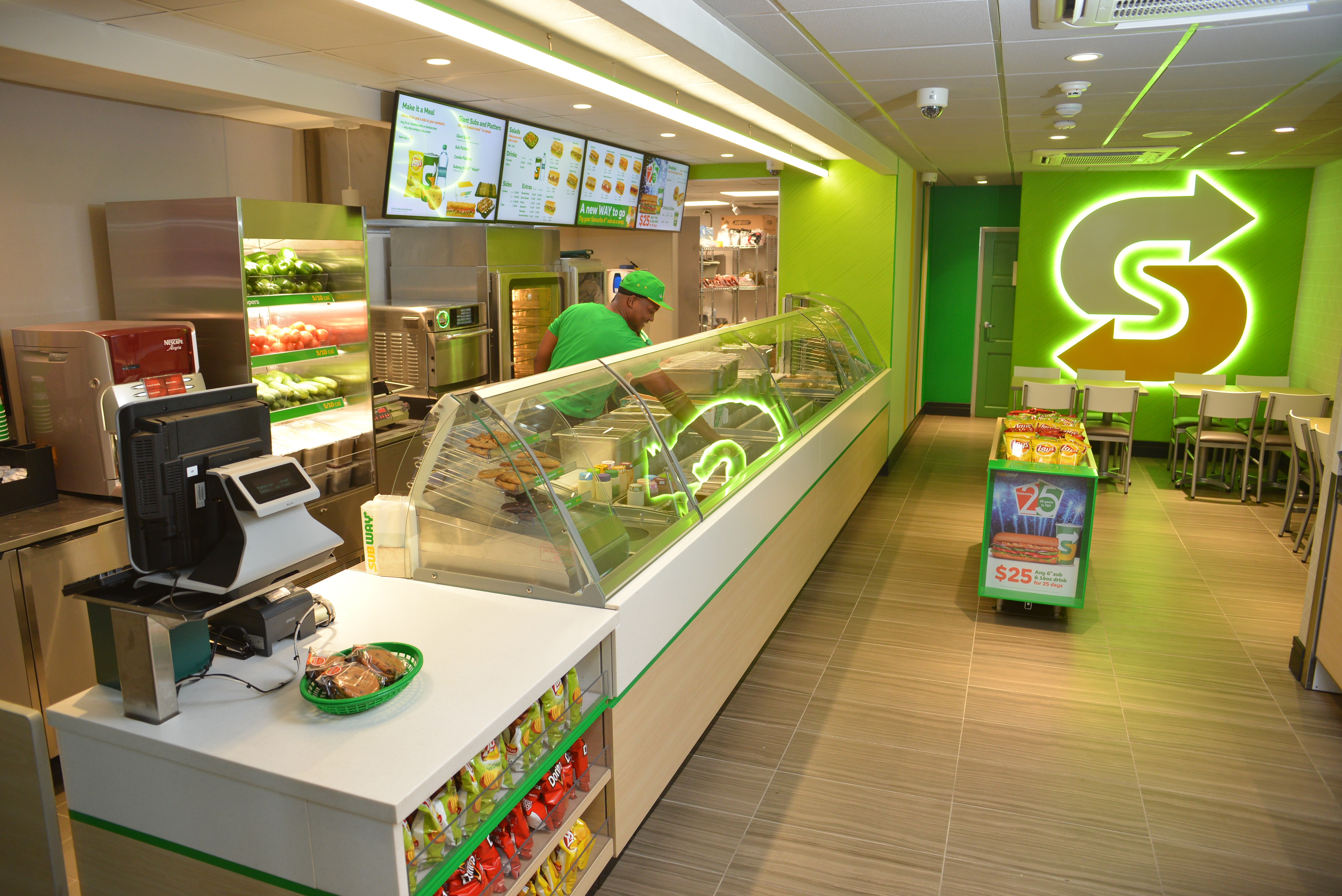 The message of the new look is encapsulated in the new Subway logo on the back wall.

“This piece of art is the new choice mark that accompanies the logo. It is two arrows in an ‘S’, the past and the future, the arrows represent where we were and where we are going,” explained marketing manager Asha Sanmoogan.

The new concept was launched in T&T to coincide with the company’s 25th anniversary. The actual anniversary was last November but celebrations were delayed till the new year to coincide with Carnival during which a $25 special on any six-inch sub was offered for 25 days.

Subway, one of the franchises operated by Prestige Holdings (KFC Starbucks, TGI, Pizza Hut), opened its first quick-service restaurant in St James on November 19, 1992. Since then, the restaurant has grown to occupy major thoroughfares around the country and boasts of being the only QSR with three branches in Tobago.

As with many franchises that come into the market Subway learned pretty quickly that Trinbagonians love two things: chicken and hot food.

“Chicken teriyaki on parmesan is number one here, in other parts of the world cold cuts are a big deal. A lot of work went into explaining to subway international that we are a chicken market. We have the most chicken options available,” said Sanmoogan.

The menu will soon be updated to include new desserts and new hot options.

Over the past 25 years, Subway has been supportive of sporting activities particularly those at a community level. In its quest to promote healthy eating, the brand has partnered with swimming, tennis, marathons and 5Ks. They also assist in the staging of an annual Carnival burn at Eddie Hart Savannah and a Maracas Open Water event that has grown phenomenally over the past few years.

Rambharat on local food: Put your money where your mouths are