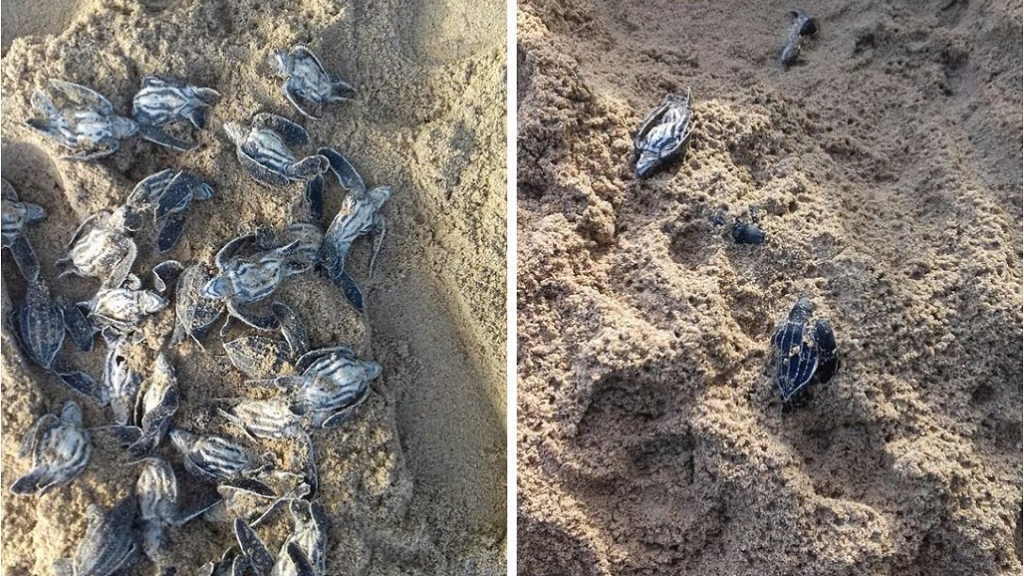 The group said in a statement that the event had been set up in an area away from main nesting sites and that all permissions were obtained for the event, however, the group is now working local conservation experts to ensure this does not happen again.

"Sunsetters has investigated the claims made by Blanchisseuse Environment Community Group, (BECG),via Facebook on Thursday, that our event held on June 24th, 2017 was responsible for the unfortunate disturbance of nesting turtles at the Marianne Beach.

After discussions with the group, we were informed that the nest of hatchlings were discovered 2 days after our event, however we were also told that the area is prone to the loss of hatchlings for various reasons, such as beach erosion and predators during the nesting season. The core concept of Sunsetters is enjoying our environment responsibly.

All due diligence was made in preparation for the party, we ensured all permissions from the property owner was in place and the area used was outside of the known nesting zones. We also ensure the spaces we use are cleaned thoroughly after our patrons leave.

It was only on the evening of the event, approximately one hour after our Bon Fire was lit, that we were informed by persons from the BECG to move said fire further inland.

We immediately attempted to extinguish it, unfortunately due to the size of the fire and the prevailing winds it rekindled and had to be extinguished again.

After consulting with experts, unfortunately due to the significant amount of time passed before this was brought to anyone's attention, it was impossible to ascertain if the nest was affected by the Bon Fire, especially since the hatchlings were discovered by the BECG due to dogs digging up the nest.

This being said, we believe that it is our duty to work with the community ensure an incident such as this never occurs again. In our talks with a representative today, Ms. Sabia Fournillier, we have committed to working together to help develop a nesting area on the beach, where eggs can be safely deposited for hatching, so that no harm can come to them accidentally or otherwise.

Further discussions will be had over the next few months, after the turtle season to work with the Community via a fundraiser as well as adding some man power to a beach clean up exercise so that we can all share the space with these beautiful creatures responsibly.

In addition to this, Sunsetters recognises the need to include NGOs and Community Leaders in the planning phases of our events in order to fully affirm our commitment to enjoying and protecting the spaces we use for our parties and promotions.

We remain extremely apologetic that our event may have harmed these creatures in any way, and we remain confident that working with the BECG to develop their safe hatching zone will ensure that nothing like this will happen again.

In addition, Mr. Courteney "Bushman" Rooks, a well respected environmentalist and tour operator has agreed to consult with us when planning future events to ensure the environment we share is used responsibly and treated with respect."

The group shared a social media post over the weekend, showing the dead hatchlings and said the deaths were due to the bonfire.

Turtles and their habitats are protected by law and it is illegal to damage turtle nesting grounds or harm, keep or sell turtles..