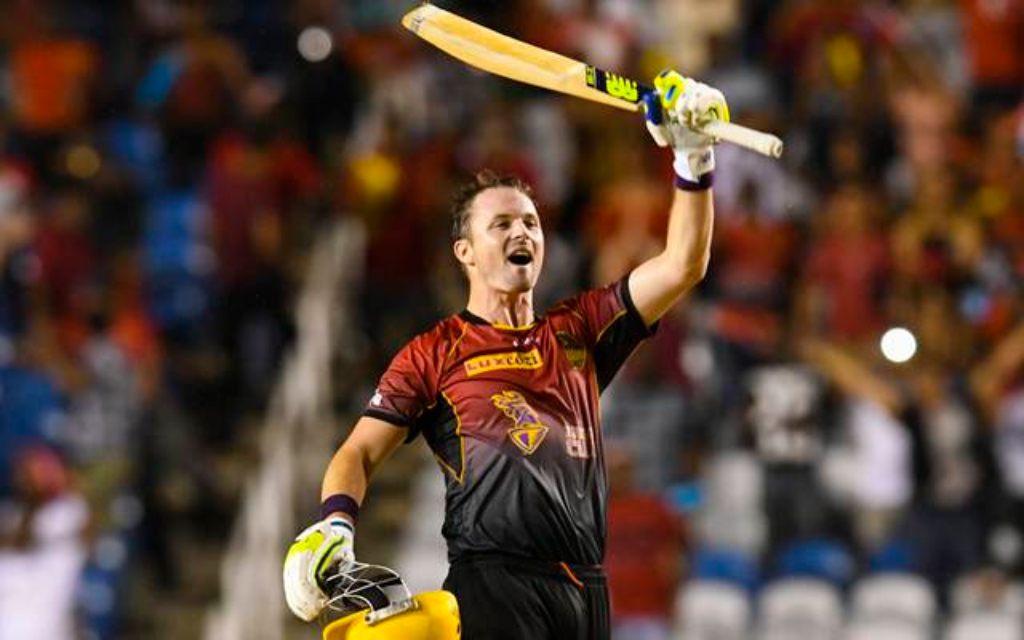 Colin Munro hit a brilliant half-century and became the first man to score over 500 runs in Caribbean Premier League history as the Trinbago Knight Riders beat the Guyana Amazon Warriors by eight wickets in a thrilling tournament final at Tarouba.

Brendon McCullum (39) and Denesh Ramdin (24) gave the Knight Riders their best start of the tournament before a lengthy rain-delay and an injury that forced Darren Bravo off the field prompted fears of an Amazon Warriors revival.

However, Munro (68*) smashed three sixes and six fours in a counter-attacking innings to lead the Knight Riders to retain their CPL title, the first team in the history of the tournament to do so.

"We lost to them in the last league game and then in the semi-final, so good to defeat them today. I thought of completing the job myself, and not leaving it for someone else. I think we've been together for three years now, and that's the reason behind our success. Guyana played well all tournament. Coach Simon Katich has backed me always," said Munro.

Katich was full of praise for Munro and for leg-spinner Fawad Ahmed, who took 22 wickets in the tournament, the most by any bowler in 2018.

"It's never easy to defend the title, and many teams came hard at us, but credit to our boys. They had the hunger to achieve it, and saved their best for last. Fawad's the leading wicket-taker and Ali Khan has shown what he's capable of, so can't ask for anything more from them," said Katich.

Ahmed said he enoiyed the family atmosphere playing in Trinidad and Tobago.

"Don't have words to express myself. Was my first season in the CPL, and I'm very happy to have successfully replaced Shadab Khan. Learnt a lot, and I will take a lot back home as well. Trinidad feels like a family and I hope to come back next year," said Fawad.