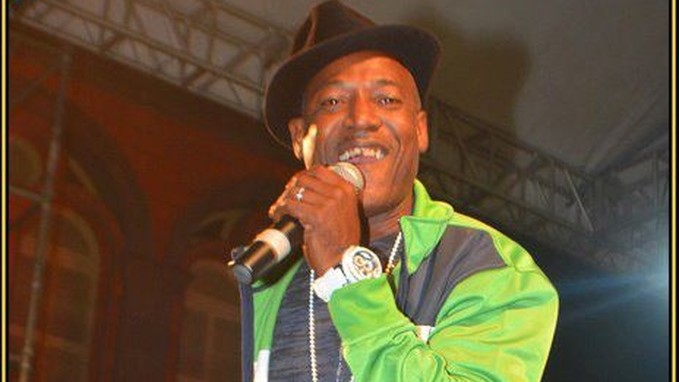 Twenty-five years ago Ronnie McIntosh won the Soca Monarch title with ‘On the Road’, a song Superblue wrote for him.

His win, which saw Superblue settling for second place with his contender ‘Signal to Lara’, fractured their professional relationship and the two never collaborated since.

Tomorrow, McIntosh will drop a new song ‘Town in Trouble’ which was written by Superblue, his first new soca release in about three years.

McIntosh told Loop Superblue called him a month ago and said he had a song for him.

“He tell me check him let we vibes and we start to vibes and I asked who do you suggest produce this song and he said Kernal Roberts.”

McIntosh said his band Massive Chandelier backed Superblue in his heyday, but following the drama of his win over Blue they never worked together again.

Quoting one of Blue’s 2020 songs ‘Strange Things’, Mcintosh said depending on how the song performs, this might be the year he and Superblue reignite their rivalry on the Soca Monarch stage.

McIntosh won the competition twice, in 1995 with 'On the Road', which gave us the popular “anybody from” call still used today by soca artistes and in 1997 when he tied for first place with Superblue with ‘Ent’.

“Wherever the song end up, it end up. If it end up that Ronnie and Superblue end up in Soca Monarch so it go. Strange things happening. If we could return to defend Trinidad we will discuss it. A lot of emphasis being placed on visitors now,” he said.

Look out for Town in Trouble on radio stations tomorrow.