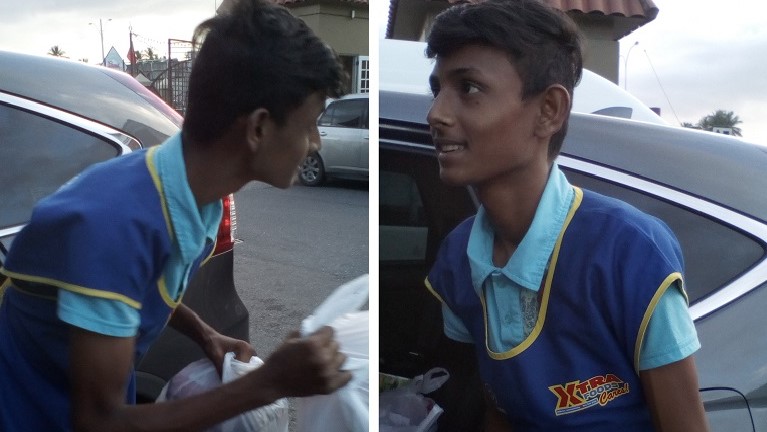 A young man is being praised on social media after he assisted a woman who didn’t have sufficient funds to pay her grocery bill at Xtra Foods Supermarket in Grand Bazaar.

Kiron Jagdeo is being hailed as a good Samaritan for his kind deed.

She explained that she crossed her budget and asked the cashier to take out something.

However, the young man who was bagging her groceries opted to pay the outstanding monies instead.

The woman said this made her day and left her smiling from ear to ear.

“To this unselfish young man......I just came out of Xtra foods in Grand Bazaar trying to stay in my budget, came up $16.00 over my bill, So I told the cashier take out something that is worth the amount and to my surprise this young man said "no ma'am I'll put it in" so me all jolly...Just wanna say u made my day, u made me smile today, continue doing good deeds so we can overcome the bad,” the woman said in an appreciation post on Facebook.

The woman’s post was liked over 8000 times and shared close to 5000 times, with social media users heaping praise on the cashier for his kindness.

Many noted that despite all the negativity plaguing society, youths like Jagdeo show, that there is still hope for Trinidad and Tobago.

One social media user, identified as Asten Isaac said he wanted to get in contact with Jagdeo, so his company could pay him a day’s salary for his good deed.

“Find him-because of his generosity my company Fruit R US wants to pay him a day salary. Contact us, lets reward him,” Isaac wrote on Facebook.

“The management of Xtra Foods should give him a reward.”

There were however, some critics who chastised the woman, saying she should not have accepted the money from Jagdeo and should repay him.

LoopTT has since reached out for comment from the young man, who up until the time of publication had not yet responded.