Support for Ramlogan as arrest is deemed 'distraction' 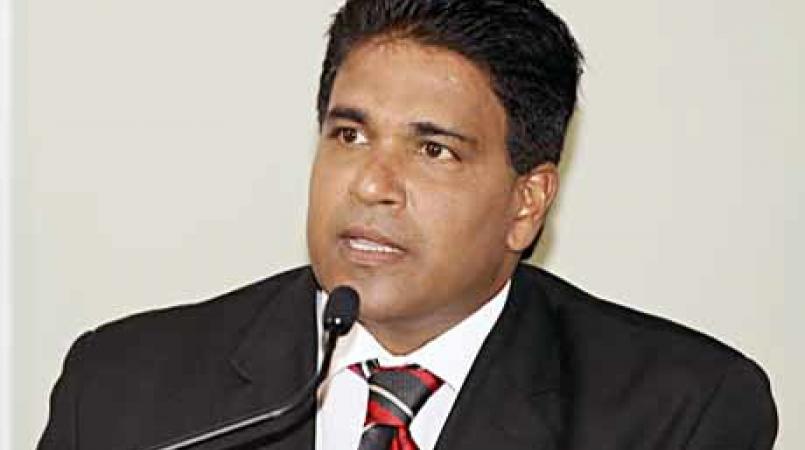 Former Housing Minister and Oropouche East MP Dr Roodal Moonilal has openly thrown his support behind former Attorney General Anand Ramlogan, who was arrested on Monday for a witness tampering case which originated in 2015.

Ramlogan is expected to be charged on Tuesday. He was detained for roughly 15 hours on Monday before investigating officers sought instructions from the Director of Public Prosecutions.

Moonilal, in an audio message sent to media on Monday evening, said Ramlogan’s arrest was a ‘distraction’ by the PNM and noted that the Opposition was in full support of the former AG.

“We stand in solidarity with the former Attorney General Anand Ramlogan and remind the population that this is the modus operandi of the PNM, whether it is Basdeo Panday, Vijay Narayningh, Sat Sharma, Anand Ramlogan, this is their modus operandi to harass, to intimidate, to oppress and suppress independent voices against the PNM and their Government.”

The Opposition MP further raised questions about the timing of the arrest, suggesting that the Government is using this situation to take attention away from the issues plaguing the Dr Keith Rowley-led administraion.

The Former Housing Minister also insinuated that the Government has been using the TTPS to its advantage, with regards to this case.

“So much criminals and murderers are on the loose, cannot be found, cannot be interrogated, cannot be convicted or charged or arrested and the police with a battalion would search the house of a Former Attorney General, three years after, in a matter concerning a conversation. This is unheard of, it is an abuse and I ask the population to note the oppressive and dictatorial tendencies of this PNM Government which is their modus operandi.”

Moonilal said Ramlogan was a person of good character, having resigned from the Cabinet of the People’s Partnership Government in light of allegations that Police Complaints Authority Director David West, in a signed statement, alleged that Ramlogan asked him to withdraw as a witness in a matter involving then opposition leader Dr Keith Rowley. Ramlogan had denied the allegation.

“Mr Ramlogan resigned as a matter of principle,” he said.

UPDATED: Former AG to be charged in witness tampering probe