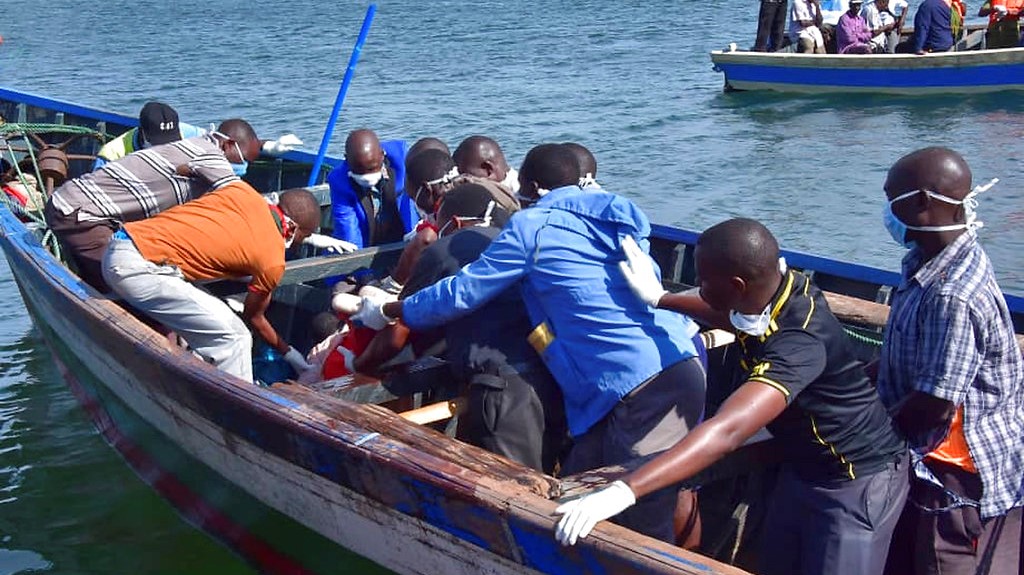 A survivor has been found inside a capsized Tanzanian ferry two days after the disaster on Lake Victoria, an official said Saturday, while coffins arrived for at least 167 victims and counting.

An engineer was found near the engine of the upturned vessel, Mwanza regional commissioner John Mongella told reporters. The Tanzanian Broadcasting Corporation reported he had shut himself into the engine room. His condition was not immediately clear.

Search efforts continued around the ferry's exposed underside as families of victims prepared to claim the dead. No one knows how many people were on board the ferry, which had a capacity of 101. Officials on Friday said at least 40 people had been rescued.

The government's Chief Secretary John Kijazi announced the rising death toll to reporters after President John Magufuli ordered the arrests of those responsible.

"This is a great disaster for our nation," Magufuli said, announcing four days of national mourning.

The badly overloaded ferry capsized in the final stretch before shore on Thursday afternoon as people returning from a busy market day shifted and prepared to disembark. Horrified fishermen and other witnesses have expressed fear that more than 200 could have died.

The MV Nyerere, named for the former president who led the East African nation to independence, was traveling between the islands of Ukara and Ukerewe when it sank, according to the government agency in charge of servicing the vessels.

Accidents are often reported on the large freshwater lake surrounded by Tanzania, Kenya and Uganda. Some of the deadliest have occurred in Tanzania, where aging passenger ferries often carry hundreds of passengers and well beyond capacity.

In 1996, more than 800 people died when passenger and cargo ferry MV Bukoba sank on Lake Victoria.

Nearly 200 people died in 2011 when the MV Spice Islander I sank off Tanzania's Indian Ocean coast near Zanzibar.

13 hurt and 2 missing after boats collide on Colorado River