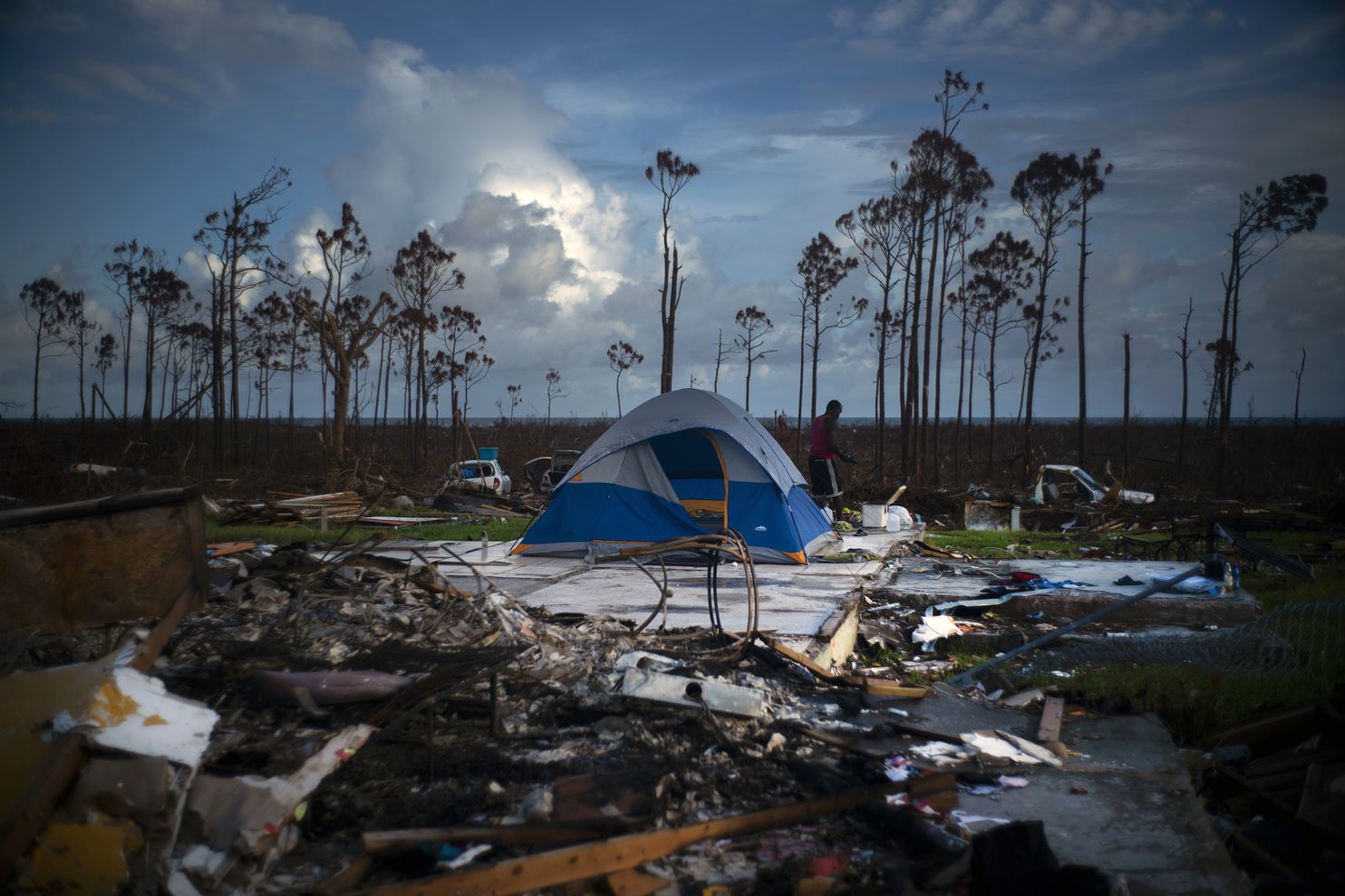 A handful of men hover around Gayle Wallace as she hands out four fish sandwiches with a dab of ketchup on each at the cramped home she rents in Murphy Town.

Some are friends, others family. All are part of a new community of survivors emerging nearly three weeks after Hurricane Dorian blasted through the northern Bahamas, killing at least 50 people as one of the strongest Atlantic hurricanes on record.

These are the ones who stayed behind as everyone else fled, the ones vowing to rebuild on Great Abaco Island with the help of people like Wallace after the storm decimated neighbourhoods September 1 with winds of 185 mph and flooding that reached 25 feet high in some areas.

"Basically, she's the tree of the community right now," said 39-year-old Jean Richie. "We're still trying to come to terms this happened. We in a daze."

Thousands of people like Wallace and Richie remain in limbo as local officials debate how they will help Bahamians rebuild their lives. Non-profit groups now await directions from the government after blanketing hard-hit Abaco and Grand Bahama islands with food, water and manpower following the Category 5 storm.

Carl Smith, spokesman for the Bahamas' National Emergency Management Agency, said the government was nearing the end of the immediate response to Dorian and moving into a phase where it will focus on restoring basic services, including repairing roads, bridges and airports.

After that, he said, officials will focus on reconstruction as they assess damage and needs.

"Over the past three weeks, our country has been through a traumatic experience," Smith said. "There may still be individuals and groups in remote areas that we are not aware of."

Bodies are still being found, including two discovered Sunday under debris in Marsh Harbor, just on the other side of the street where the emergency agency has set up temporary headquarters in a grocery store.

In addition, more than 1,300 people have been reported as missing, but the government has said it expects that number to drop because many may be in shelters or staying with family or friends.

Rob Jenkins, USAID disaster assistance response team leader, said his agency and others are helping the government go through the list of names to ensure they are indeed missing.

"While the list is very scary, we expect based on what has happened in the past to see a dramatic decrease over time," he said, referring to previous natural disasters.

"At the initial phase of a crisis, people tend to have their hair on fire," he said. "We are past that phase."

He said there are still nearly 2,000 people in shelters in the capital of Nassau, but only about 70 on Grand Bahama and three at Abaco, which is nearly deserted.

He said it's hard to estimate how long it will take to find more permanent shelter for all those people, adding that officials have talked about public-private partnerships as one preliminary report puts the estimated storm damage at $7 billion and the government faces a $200 million shortfall following Dorian.

Jenkins said rebuilding wrecked homes or building elsewhere are some of the options for Abaco. "None of them are easy, and none of them are immediate."

Among the organizations that have pledged help is All Hands and Hearts in Massachusetts. David Eisenbaum, director of international response, said it is setting up a two-year program to restore public infrastructure, mostly schools.

"It's going to be a long recovery," he said as he squinted under a bright sun in Abaco on a recent morning and looked around. "The island has emptied. The population was unable to stay here."

Those most affected by the storm were the couple thousands of people living in the Abaco communities known as Da Mudd and Pigeon Peas, shantytowns that were home to many of those who provided cheap labour in the construction, agricultural, domestic service and marine sectors.

While the government has not given any specifics on what it will do to find more permanent shelters for hurricane survivors, it did issue an announcement Sunday prohibiting anyone from building any kind of new home or shelter in those communities for at least six months.

It's a decision being challenged by attorney Fred Smith, who said the Bahamas has long discriminated against those poor communities, which have long attracted Haitian immigrants.

"Most people have nowhere to go," he said. "What does the government expect them to do? Sit in the bush and burn under the sun?"

Among those wondering where he would go next is 42-year-old Jesner Merxius, who is from the Haitian capital of Port-au-Prince and lived in Da Mudd for 25 years before Dorian destroyed it and killed five of his family members.

On a recent afternoon, he sucked on a hose and siphoned gas out of a dark blue car near what used to be his home, where only one wall remained.

The sun had already faded clothes scattered around him, tarnished coins stuck to weathered tiles and began to turn the pages of a planner a slight yellow.

As shock wears off, mental health concerns grow in Bahamas